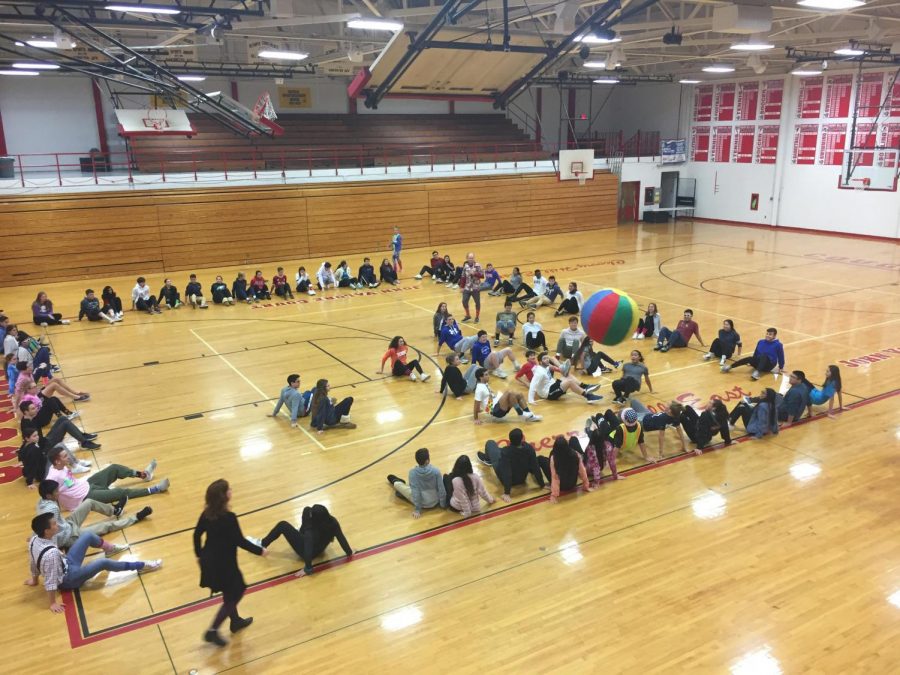 Students crab-walk towards the ball during a game of crab soccer.

Spirit week’s lunch activities kicked off on Wednesday with a game of crab soccer in the DiBart Gym. Run by Mr. Charles Davis, about 80 students participated in a battle of the classes.

As the teams assembled around the gym, the rules were simple. The four classes were seated in a square with a giant inflatable ball in the middle. Davis called out numbers that had already been assigned to people. Students would then crab-walk into the ring – obeying the most important rule of not using their hands to move the ball – and attempt to kick the ball over the barricade of people formed by the other grades. If a grade was scored against enough times, they got out. Those teams would continue to play but were no longer in the running for the win.

The freshmen got out first, followed by the sophomores. The seniors and juniors faced off, with the juniors eventually winning by scoring a penalty kick.