Results from the Freshman Class President/VP Elections are in 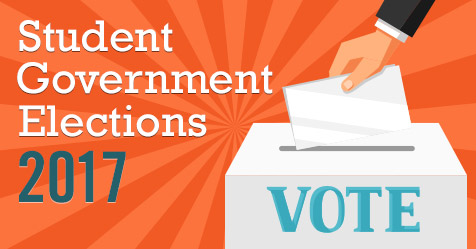 Campaigning for elections began at the end of September when students submitted applications and hung colorful posters around school announcing their candidacy. The excitement continued on Tuesday, October 2, when the freshman class assembled in the auditorium during LB2 to hear candidates present their speeches. Interest in the Student Government Association was evident this year with 2 candidates for President and 8 candidates for Vice President.

Voter participation was significant, with more than 65% of the class casting votes using Google Classroom. One of the freshman class advisors, Ms. Elizabeth Breen, wrote that 355 students out of a class of 545 students voted in the election. This year’s officers for the Class of 2021 are: Tyler Semon: President; and Sami Bell, Mason Bulicki and Cecilia Cavallo: Vice President.

All elected officers participated in student government during middle school. This experience will be a resource they can draw upon to represent their class, plan social and fundraising activities and communicate information to their peers. Vice President, Sami Bell has plans for creative events and fundraisers that have new and exciting twists while being mindful to keep old favorites on the schedule.

Class spirit and inclusion are another priority for these officers.

“I think we’re going to do a good job getting out there and getting other freshman really pumped for Spirit Week and all the fun activities coming up,” said Vice President, Mason Bulicki.

The newly elected officers are excited to begin their term and look forward to what the rest of this school year brings. Vice President, Cecilia Cavallo intends to talk with classmates and listen to their ideas so that all students in the Class of 2021 feel they have an opportunity to participate on behalf of the class.

Class President Tyler Semon said, ”I seek to unite our new class,” but he also recognizes that it takes time for freshman to feel connected to their high school class. It is early in the school year and students from a variety of middle schools are still getting to know one another.

“I want to make a positive community between all of us where we know each other and can work towards making change,” Semon said.