New Construction near main entrance changes entryway for all 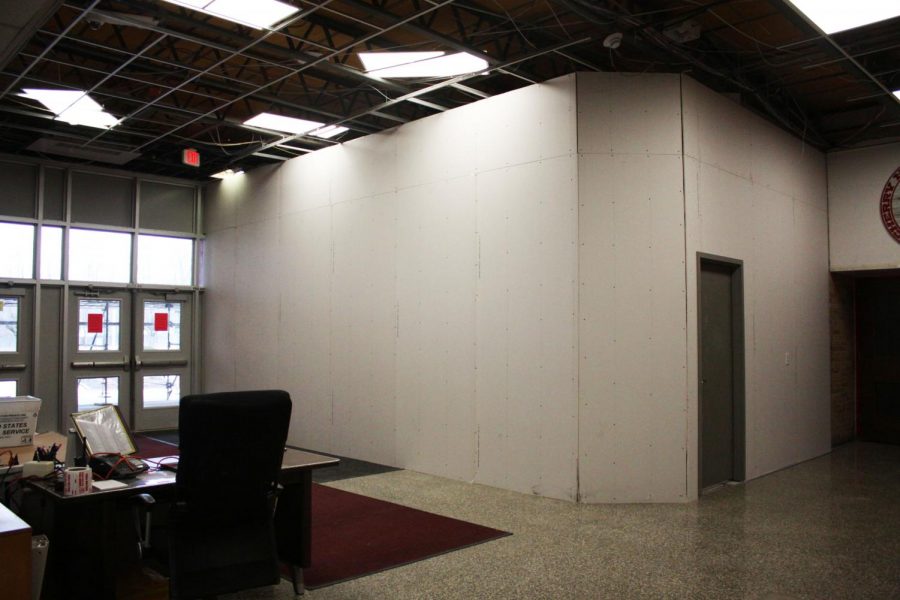 A security vestibule is under construction.

The Cherry Hill Board of Education has begun preparations to build new security vestibules at both Cherry Hill East and West. While construction for West began a little over a month ago, East started its renovations the week before winter break.

Papa explained that the entrance to the school will still have double doors on the right side; however, the left side of the entrance will now only have one door with an intercom for students to use when arriving late.

There will be windows all along the entrance so that adults entering the school will not have access to enter the main building.

The system currently in place will remain the same except late students will scan into school at the vestibule rather than having to type in their student ID in the Main Office.

There will also now be seating for parents who are waiting to pick up students.

A teller pass will also be implemented so that if parents need to drop off a binder or school work for their children, they can simply slide it through the transaction window without having to enter the school.

The construction was originally planned to begin over the summer; however due to technical problems, the project was pushed to late December.

These new security measures have already been implemented at both Woodcrest and Thomas Paine Elementary.
“From what I know [the vestibule is] working very well [at both schools],” said Papa.

“We’re hoping that by the beginning of March it will be close to finished,” said Papa.