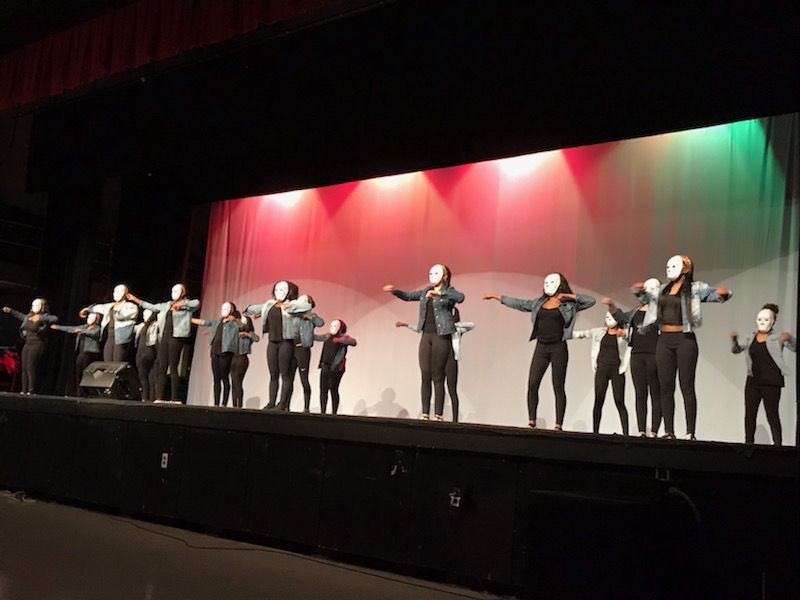 The African American Culture Society danced to show a different side of their culture.

Every year, East students participate in Multicultural Day (MCD). The day consists of performances from various culture clubs, along with stations and booths set up in both gyms, informing students about each culture. This year, the Vietnamese Culture Club (VCC) won the MCD dance competition expressing the competition’s theme of hidden identities.

Each club got a chance to express the hidden aspects of their culture. One of the reasons VCC won was because of their amazing storytelling abilities. The theme of their dance focused on portraying “the past lives of immigrants of Vietnamese culture who have experienced such different lives that seem to be ‘hidden’ from millennials,” VCC’s dance officer Shermety Nguyen (‘19) explained. She then added that “[they] incorporated the overall MCD theme of ‘hidden identities’ through the reenactment of the Vietnam War in [their] performance.” Vietnamese Culture Club wanted to provide a different perspective on the Vietnam War, something different than what Americans know. The dance was very heartwarming and left some of the audience members in tears. Brett Tedesco (‘21) shared that “the VCC really touched [his] heart and it was a wonderful performance.” He was glad to learn more about the Vietnamese culture through this dance.

One culture society that came very close to winning was the African American Culture Society. Teren Jones (‘19) a member of  AACC, spoke about their dance. She said they wanted to “show how people perceive [them]. The masks are supposed to hide who [they] are.” They also used some rap music “to show another part of [their] culture that most people don’t know about,” said Jones. The overall goal was to show students a different side of the culture than what they may perceive.

Meanwhile, in the gyms, Culture Clubs showed off their different backgrounds through artifacts and traditional foods. For example, the Israeli Culture Club presented and served customary foods such as pita and hummus, latkes, matzah, hamantaschen, and Israeli salad; while the Chinese Student Association served lo mein, chicken, and rice at their stations. Many students enjoyed tasting and experiencing the varying foods that come from different cultures around the world. Lewis Levy (‘21), specifically loved “getting a taste of all parts of the world” all within a day at school.

Teachers also take an interest in learning about new cultures each year. Mr. Duffield, a science teacher, compares East on a small scale to the United States where “people can come  [here] and bring their culture with them,” creating a diverse community. Duffield added that “one big culture is created from all the diversity and it is really beautiful.”