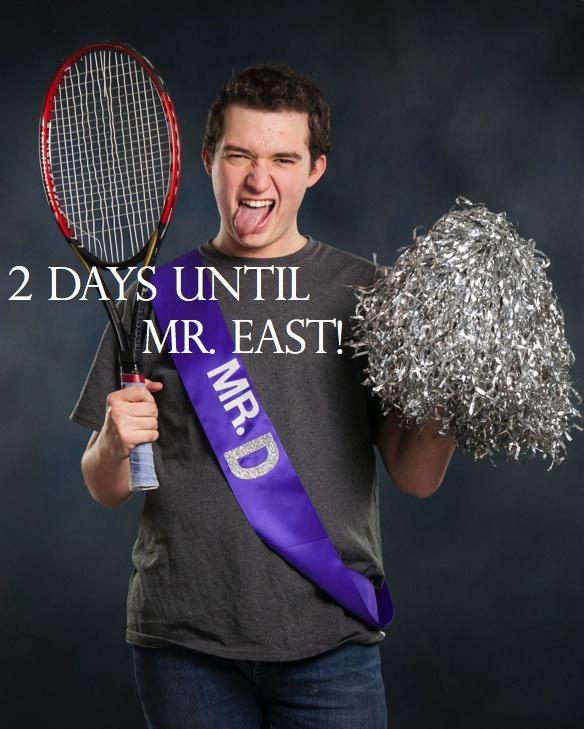 On any ordinary day, Mr. East contestant Dillon Rebock (’14), otherwise known as Mr. D, can be seen warming up his vocal chords with the rest of Casual Harmony, practicing his evil laugh as Zoser in East’s spring musical Aida, or creating parodies about abstinence to any Katy Perry hit single.

Since creating his “Abstinence” video in 2010 for freshman health, his life goals have changed. His life goals are “to spread the awareness of abstinence and to help kids like [him] who don’t know where they fit in in high school.”

Ms. Jennifer Peifer, Rebock’s freshman health teacher, is his role model. He says  she made an impact on his life because she was the one who taught him about abstinence.

It seems freshman health taught this senior a lot about himself. “I definitely learned so much in health that guided me… through high school in terms of body changes, sexual education… it’s a very important topic,” Rebock says.

Along with his passion for abstinence, Rebock is involved in numerous extra-curricular activities around East like theatre, Casual Harmony, and Adopt-a-Grandparent. If you need him, you should probably look in D-Wing.

Although D-wing is a major part of his life here at East, he says his Mr. East act will not be that of a “typical D-Winger”. “I’m going to sing a little bit so it’s not going to be a big production but there might be some singing, there might be some dancing,” Rebock says. And on that note, “…no, there won’t be any shirtlessness,” he says.

Previous Mr. East events have led up to Rebock’s decision to audition for Mr. East. “Everyone goes to Mr. East every year… as a senior, it was one of the things on my Senior Bucket List,” he says.

Mr. D says he looks forward to making friends with all the other contestants in Mr. East.