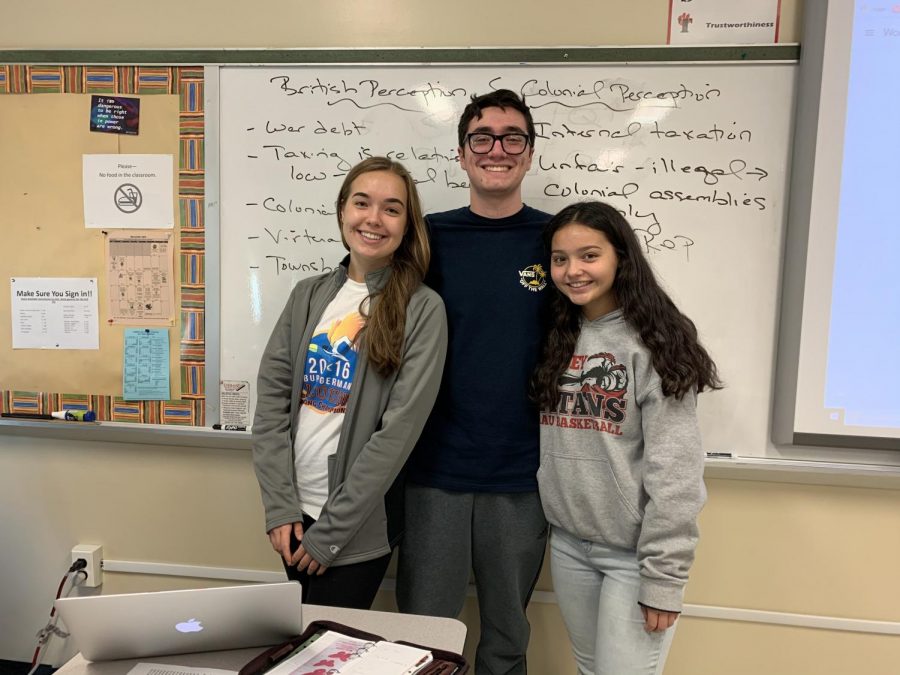 On Saturday October 19th, 2019, East’s reformed Model United Nations club went to their first conference held at Eastern Regional High School, marking the end of a four-year absence from the halls of East.

Model UN is a club in which students role-play as delegates to the United Nations in simulated United Nations committees. Members of the club are assigned a country to research so they can well represent certain issues the country may be facing. They write position papers on their country which often vary in length. At the conference, students use parliamentary procedure, which consists of special words that they use to handle situations and approach judges, known as chairs, when competing.

There are many types of awards students can win at the conferences.  Co-President Caleb Brukman (‘20) said that multiple people win these awards. Some awards include best novice, an award given to the best beginner; best position paper and best delegate, an award for best overall performance in a given committee. There are also honorable mention awards given in each committee.

According to history teachers and Model UN advisers, Mrs. Jennifer Dolan and Mrs. Meghan Mikulski, the Model UN club started in 2003, but then came to an end in 2015. Caleb Brukman (‘20), Katelyn Mendoza (‘20) and Lauren Smith (‘20) all decided that they wanted to start the club back up again for the 2019-2020 school year.

“We are all interested in international relations so we went to Dolan and Mikulski because we knew they were the past club advisers,” Brukman said. “Our goal is to make Model UN big again.”

From 2003-2015, the club was very popular and a very big deal. The club was first started when supervisor Dr. Lesley Solomon, went to Dolan and Mikulski to propose the idea. Other students were eager to join and became very interested in the club. The club had overnight conferences at different colleges such as Harvard, Johns Hopkins, Rutgers, etc.

“In history classes we cover some analytical things, but the club is open to anyone who wants to do world affairs or research,” said Mikulski.

The club is already growing very fast and has 70 members as of September of 2019. Their next conference will be held at Camden County Technical School in Gloucester Township on November 23rd, 2019.

If you are looking to join Model UN, go to B144 during the lunch breaks.