Members of the Women in Science Club visit the campus at UPenn to learn more about coding. 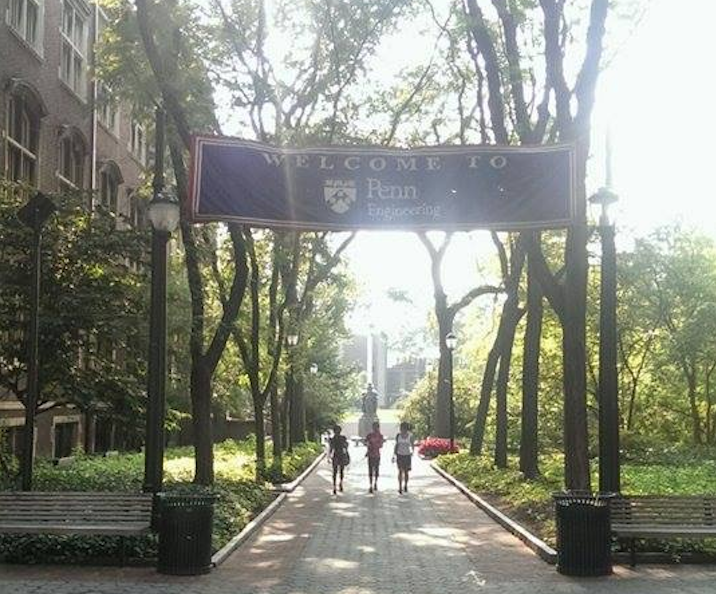 Women in Science club visits UPENN for a special opportunity to learn more about the school's programs.

On Tuesday, Feb. 24, Cherry Hill East’s Women in Science Club had the honor of visiting the University of Pennsylvania (UPENN) School of Engineering. Last year the group donated to the Society of Women Engineers (SWE) in a unanimous group decision to support STEM education for the minority female gender. A University of Pennsylvania based group, SWE is a local chapter that hopes to expose local girls to the myriad of areas of engineering available and try and narrow the gap between the genders. In partnership with the SWE, the group was allowed to tour the school and participate in a fascinating coding program. Personally, as a member of the group I was especially inspired and thought-provoked by the stimulating experience.

Initially, the Engineering School was overwhelmingly diverse. From Biomedical Engineering to Digital Media Design (DMD), a large array of majors are provided through the acclaimed University. The female engineering students also discussed the variety of interdisciplinary program options available. Students can choose from Dual Degrees, Dual Majors and Second Majors. Dual Degrees allow students to combine their BSE/BSA degree, obtained through the Penn Engineering School, with a degree in a separate undergraduate school of Penn. Dual Majors allow students to fulfill degree requirements in two BSE curricula as a dual major. Second Majors, contrarily, allow Engineering BSE and BAS students to pursue a second major through the College of Arts and Sciences, ultimately resulting in one single degree from Penn Engineering, listing one major in engineering and one major in the college.

The enthusiastic engineering students then led us in a coding workshop, which was distinct to any activity I had previously participated in. Through a computer program known as Kodu, one can effectively be introduced to coding in a non-intimidating fashion. The Kodu program is extremely user friendly, and initially may appear as nothing more than a simple computer game. However, it truly immerses users in concepts essential to deciphering more complex coding activities and programs.

The Women in Science Club members have plans to return to the UPENN School of Engineering in the spring, volunteering their time to mentor younger girls in the Kodu coding program.