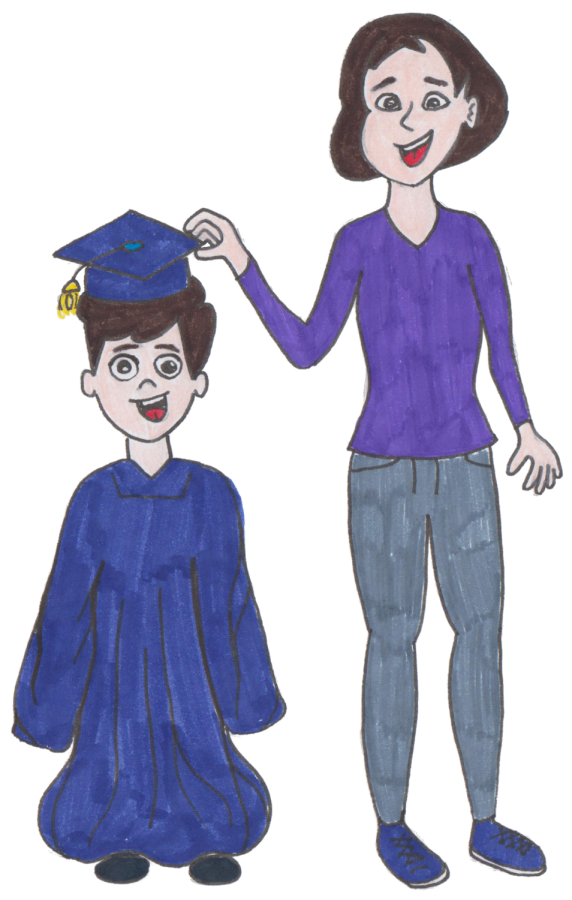 As the class of 2020 is in the midst of their journey to college, many decisions and worries about college stem from their home. While some feel pressures to get certain grades or to make it into certain schools, others feel the influence of their family’s college experiences.

In some instances, such as having parents or siblings who have attended certain colleges, students feel more inclined to follow the same path as their family.

For Jaclyn Ehrlich (‘20), one of the factors in her decision to attend the Uni- versity of Central Florida (UCF) is the experiences she had when she visited her older sister. “My sister definitely impacted my decision to go to UCF. The first time I went to visit her, in my freshman year of high school, I immediately fell in love. My sister is heavily involved with Greek life and seeing her have fun and seeing the friends she made, made me want to also have those experiences,” said Ehrlich.

Even though Ehrlich’s sister impacted her desire to attend, Ehrlich notes that UCF will also provide her with the necessary programs for her intended major. The addition of the experience from her sister added to her admiration for
the school, seeing the im- pact UCF had on her sister.

Besides growing up with a Penn State alumnus in the house, Miller said that while she loved Penn State before stepping on campus, she eventually saw Penn
State as “everything she wanted in a school” once she toured the campus and went to one of the football games. Miller also said that while her father always wanted her to like Penn State, he never forced her to attend or con- sider the school.

“He was almost just saying, he ‘thought I would like it there,” said Miller. For Budman, her father also carried that sentiment . While touring Penn State, her father stayed unbiased and did not push Budman to attend or even apply to Penn State. Actually, Budman thinks that while her father went to Penn State, it was more her mother’s own college life that drew her to Penn State.

“My mom went to a school that was smaller, and she did not live on campus and she always told me when I was younger that was her biggest regret, not going to a school that had a campus or a sorority life…so her not going to a big school and her commuting and my dad going to one of the biggest schools of the
country, persuaded me to go to a big school like Penn State,” said Budman.

Overall Budman relates her experiences as a child to her love for Penn
State. She remem- bers seeing her dad wearing Penn State apparel and asking him if she could wear it. She said that she still has one of the shirts (even though it is ripped), which symbolizes her “wanting to go there forever.”

Similarly, Sean Coen (‘20) attributes his enthusiasm for Villanova University to his mother, who attended the school. Growing up with a Villanova alumna, Coen has been able to attend basketball games, travel on campus and engage with the university.

By having Villanova in his life for “forever,” Coen gained a first hand connec- tion with the school, stating that he felt as if the school “was for me.” With these different impacts from his mother’s experience, Coen highlights the influence family could have on decisions.

“A lot of times we would meet up with my mom’s college friends and do stuff together. I have definitely seen the impact that Villanova has had on my mom,
and it has always been in the back of my head,” said Coen.

Thus, family experience is a positive factor for the decision, but not the only one: students still fall in love with the school itself.