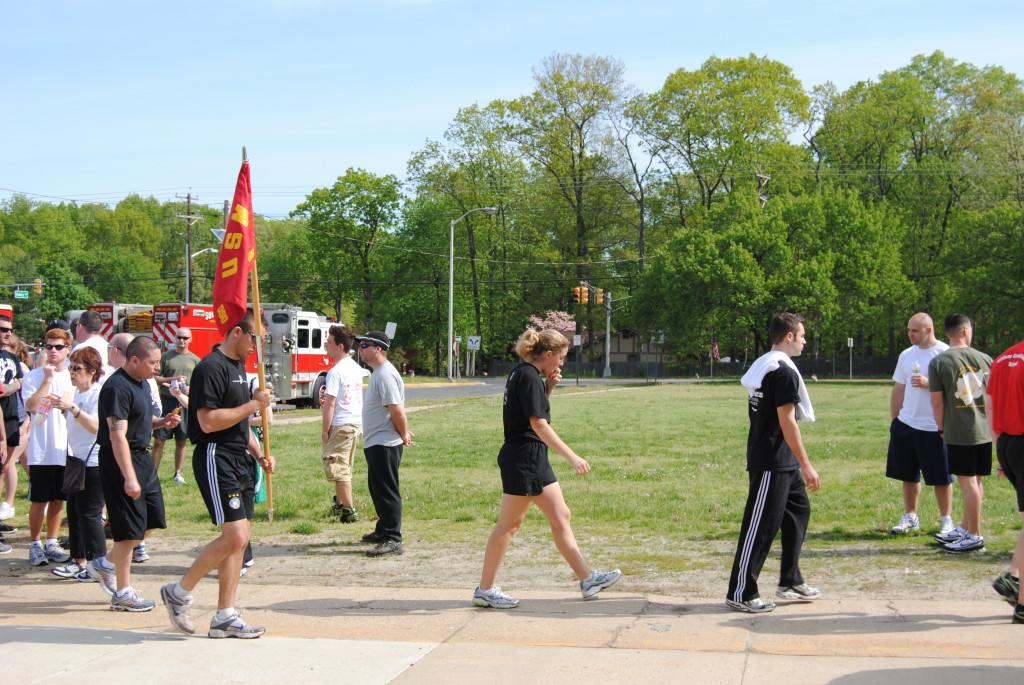 About 200 runners took part in the Second Annual Jeremy Kane Benefit Run on Sunday, May 1, 2011.  The two-mile run was held as a fundraiser to support scholarships for student veterans at Rutgers University Camden, in honor of Jeremy Kane.

An East graduate, Kane studied Criminal Justice and Political Science at Rutgers before joining the Marines in 2006.

In his memory, the Jeremy Kane scholarship fund has raised money through runs, bake sales and memorabilia sales on and off of the Rutgers campus. At last years’ run, about $9,600 was raised from almost 160 runners, and this year, with a larger number of participants, the amount raised looks much higher, although not yet calculated.

“It helps [the veterans] with any needs they may have,” said Fred Davis, the director of veteran affairs at Rutgers’ Camden campus.

For a minimum donation of $10, runners received a T-shirt and were able to participate in the run, starting from East.

Before the run started, the participants sang “the Star-Spangled Banner” and heard from four different speakers. First was Cherry Hill Mayor Bernie Platt, followed by the Rutgers Camden veterans’ association director, then Rabbi Barry Schwartz. Then a Rutgers Camden student and veteran read a letter from Congressman John Runyan. Last to speak was Melinda Kane, mother of Jeremy, Dan and Ben, who thanked everyone for their attendance and cited some fallen soldiers statistics, especially compared to this time last year when the first walk took place.

The run finished at Congregation M’Kor Shalom, where buses shuttled runners back to the East parking lot.

“We anticipate next year to have a group come in that organizes timed running events,” CJ Davis, East Activities Director said. “We’re looking into doing that with walkers, too.”

“This is a little thing to pay honor to such a person that gave up his life for the country so that all students, whether in high school or college or wherever in the United States of America can live in freedom,” said Davis.

Directly following the walk, a small group of friends and family gathered at Dublin Square to eat, socialize and celebrate the successful day.

Donations can be sent to the Rutgers University-Camden Veterans Affairs Office at 303 Cooper Street in Camden, New Jersey, 08102 or online at http://jeremykanebenefitrun.webs.com/. 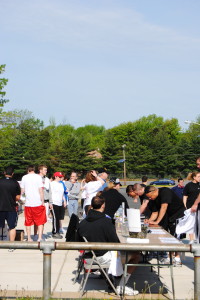 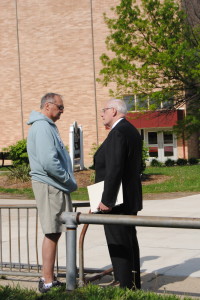 Several members of the community were in attendance, including Principal Dr. John O’Breza and Mayor Bernie Platt. 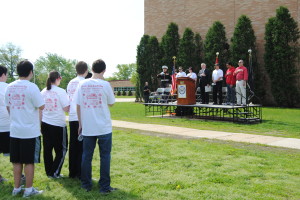 The participants gathered to listen to various speakers before beginning the walk. 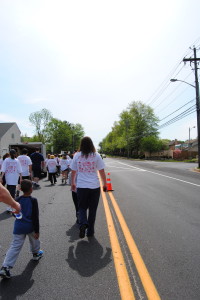 The route of the walk was from CHE to Congregation M’Kor Shalom. 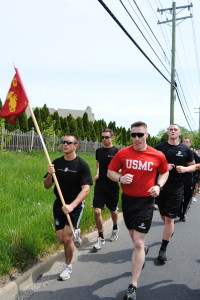 Members of the USMC were there to support the Kane family and aid the cause. 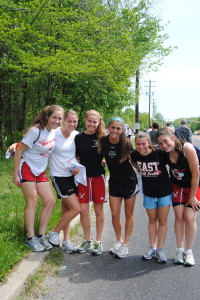 Some East students attended the walk as well. 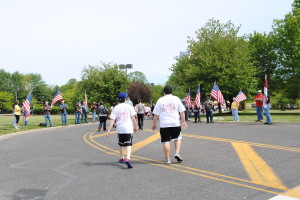 As participants arrived at M’Kor Shalom, they were greeted with applause from the motorcyclists that had led the run. 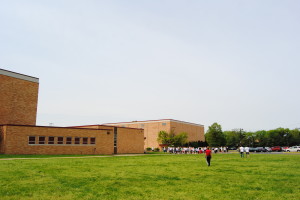