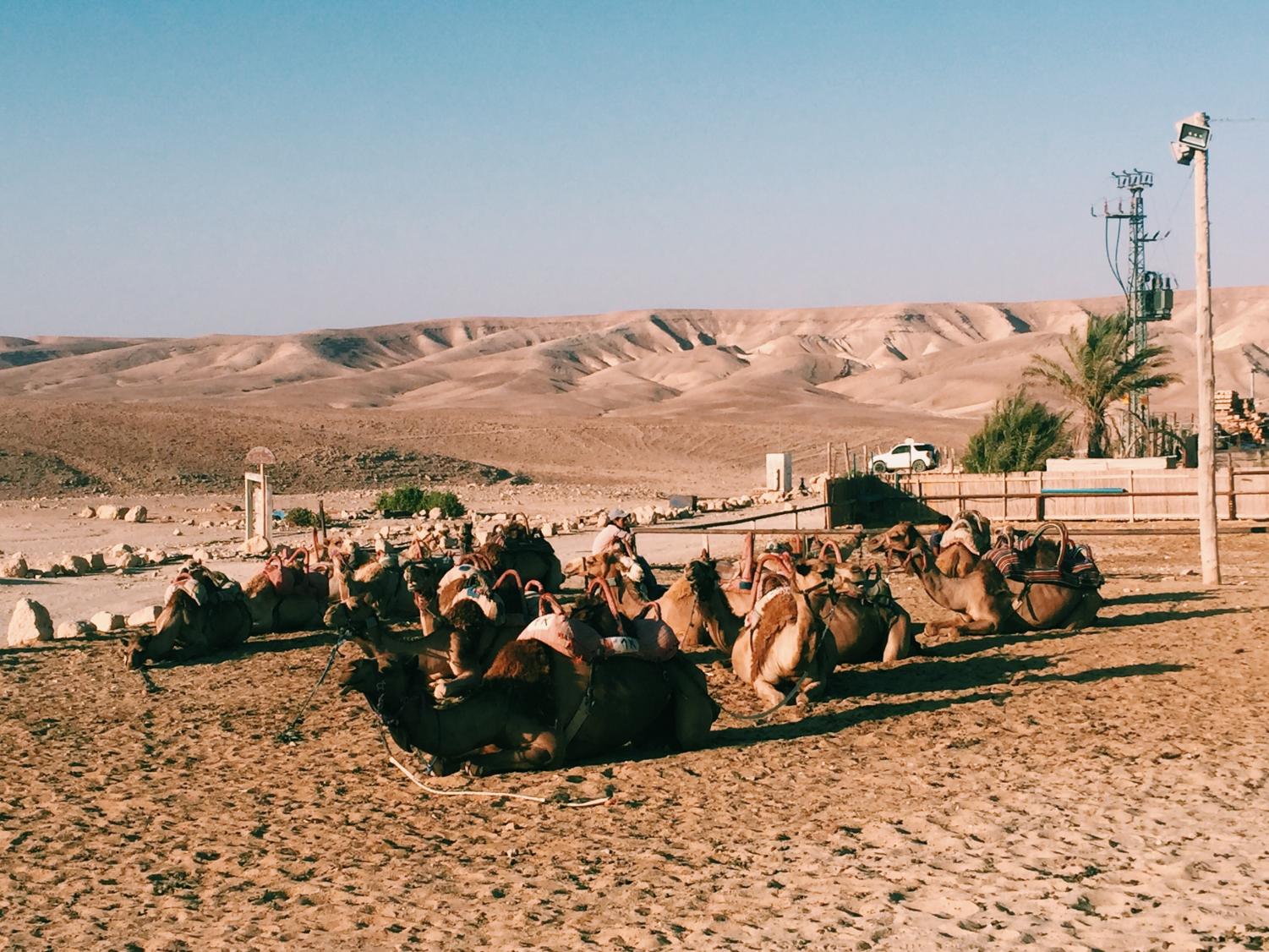 I experienced the trip of a lifetime

My journey through Israel, Poland and the Czech Republic

Five weeks ago, I stepped back in time.

This summer, I had the opportunity to travel to the Czech Republic, Poland and Israel on a trip called the L’dor V’dor program, which means “from generation to generation” in Hebrew. As the name suggests, the trip followed the history of the Jewish people as we traveled to various locations of religious and historical significance.

We started in Prague, Czech Republic, where there once was a thriving Jewish community. Whenever I fly to another time zone, I always make the obligatory joke: “Whoa, we just became time-travelers!” But setting foot in Prague was far from a one-liner. It was entering a new lifetime, a new century, a new world. Everywhere you looked, there were cobblestone streets and castles and buildings painted gold and pink and blue. For the two days we spent in Prague, I was afraid to blink for fear of missing even a second of sights. Prague is the kind of place that inspires poetry.

A thirteen-hour drive from Prague was Kraków, Poland. The weather in Poland was chilly and gray, and that matched the mood of our tour perfectly. Our travels in Poland took us to the ghettos in Terezin, Kraków and Warsaw, and one day, I found myself standing on the train tracks upon which Jews were carted by the hundreds into Auschwitz-Birkenau, the main death camp.

The day we went to Auschwitz, the sky was bluer than any other day in Poland, and the grass in the camp grew lush and green. As my group walked through the entrance, a white butterfly fluttered past me. Stone-faced, we toured the camp with heavy hearts. An hour and a half later, we did what 1.2 million Jews were never able to do: we turned around and walked out of Auschwitz. My fingers trembled and I clutched my friends’ hands tightly enough to leave marks, but I did it.

Just as our people survived the Holocaust, we made it through the concentration camp and found ourselves in the Holy Land. The month I spent in Israel was everything I imagined and more. I had been hearing about it for years and years, but it wasn’t overhyped at all. If Prague inspires poetry, then Israel is the type of place that moves artists to paint big, sweeping brush strokes across cloudless blue skies.

It’s impossible to condense the most amazing month of my life into a few paragraphs. How do you describe the echo from the cliffs surrounding Masada? How do you put into words the feeling of the salt in the Dead Sea, or the cool breeze over the Golan Heights?

It’s been a few days since I got home. I’ve had time to recover from jet lag and salvage my sleep schedule. Still, before I fall asleep I find myself looking at the ceiling, feeling the waves of the Mediterranean Sea tossing me like a rag doll, seeing the stars above the Negev Desert winking at me like an old friend, hearing the whisper of women beside me praying softly at the Western Wall. It may have only taken a day or two to readjust to this time zone, but the ghosts of my adventures will remain with me for a lifetime.