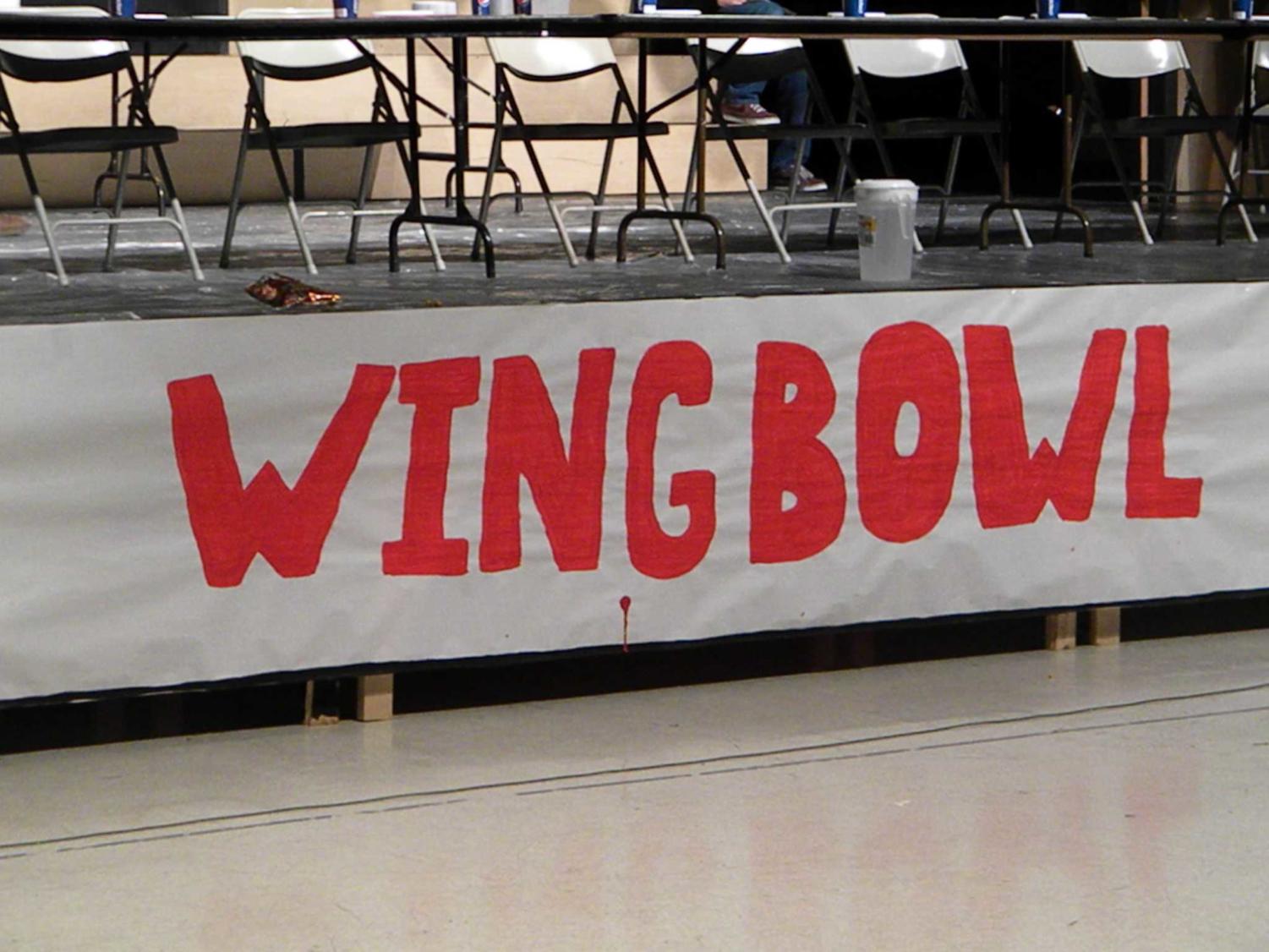 Next Friday, we will be having the most epic wing eating competition you have ever seen…WING BOWL 2018!!! $5 admission that goes to “Grow a Row.” You don’t want to miss this event. These competitors are sure to be fierce!!!

The Friday before the Super Bowl marks the historic Wing Bowl that takes place at the Wells Fargo Center. Friday is also the seventh ever Cherry Hill East Wing Bowl. Twenty competitors will battle it out by eating as many P.J Whelihan mild wings as possible. The first round is six minutes long, and will end in the elimination of half the contestants. The second round is four minutes long, and the wing tallies are cumulative. After the second round, only five competitors will be left. The third round will be two minutes long and will bring the final round to only three competitors. The final round will be for one minute, and after that, a victor will be crowned. First place will be rewarded with $100, $50 for second, and $25 for third.

This year’s Wing Bowl is extra special because the Philadelphia Eagles, a hometown underdog, have made it to Super Bowl 52. The cost of admission is five dollars, and fans should wear any football gear to have a chance at winning a raffle prize of twenty dollars to P.J’s.

To see my predictions for this year’s Wing Bowl Competition, keep on reading. And don’t forget to cast your vote before you go!