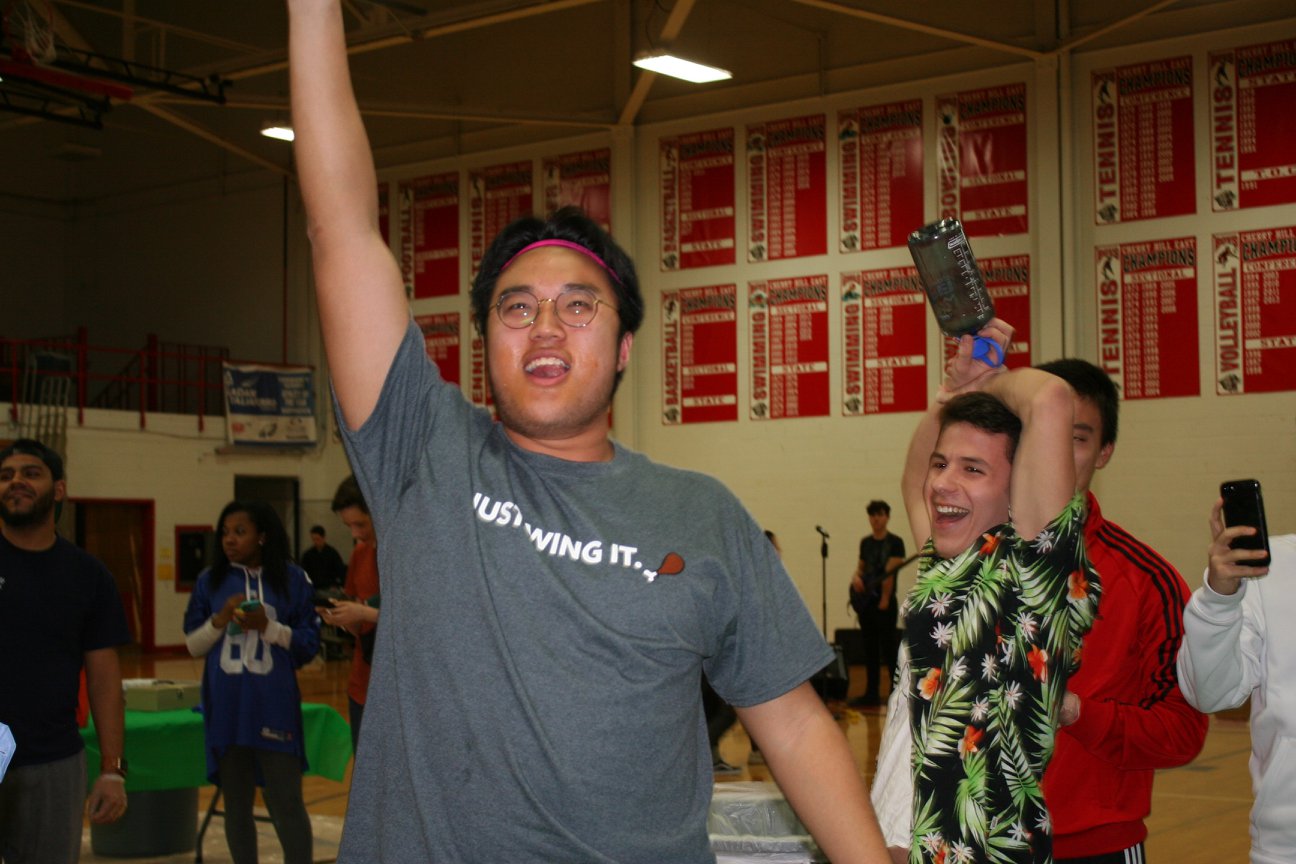 East’s Wing Bowl returns for another year of exciting competition

This Friday marks the second annual Wing Bowl competition at Cherry Hill East. Although the competition was a highly anticipated event in the early 2000s, the event suddenly disappeared and was forgotten about for multiple years. Due to the large turnout last year, Wing Bowl is currently seeing its re-emergence as East students and teachers prepare to take on the fierce competition. The event is being held in the DiBart gym for $5 for all attendees and begins at 7 p.m.

Last year’s Wing Bowl Champion was Sul, who ate 41 wings from P.J. Whelihan’s. Sul is coming back this year ready to defend his title.

Sul said, “last year was last minute, and this year I had some time to prepare, but I feel like the best way to go is to go in there strong. I don’t really need to prepare myself to eat a lot… I’m fat.”

Tran said, “I don’t know what to do. I don’t think I have an advantage, I’m really small. I’m probably the tiniest person up there.”

The Student Government Association (SGA) is extremely excited to this years turnout. As school spirit has dwindled in the last couple of years, Wing Bowl looks to be an event that brings the East community together.

SGA advisor Mrs. Katie Radbill (‘19) said, “the students voted, and their votes were heard. They asked to bring back Wing Bowl for another year, even though the real Wing Bowl… is defunct because the Eagles won the Super Bowl… Parts of the proceeds also go to benefit the Cherry Hill Food Pantry, so we’re helping people in our community.”

Wing Bowl looks to be one of the biggest East events of the year, so make sure you’re there.