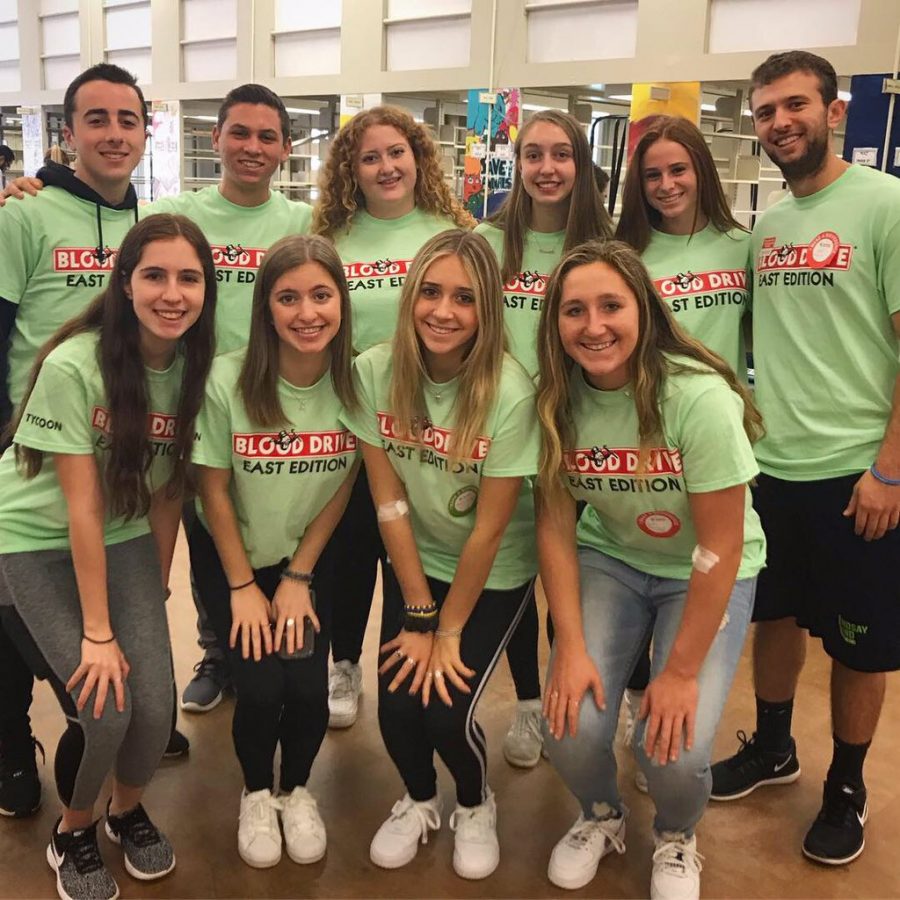 “There was a bit of a backup but overall [the drive] was successful,” said Mr. Charles Davis, faculty adviser for the blood drive. It is unknown what caused this backup, but it involved students waiting a longer time to get their blood drawn.

As people waited for their blood to be drawn, music played in the background, as others waited in chairs for their turn to be next. The theme for this year’s blood drive was Monopoly. Blood drive student organizers wore green shirts with the monopoly man with the slogan “do not pass before donating.” Students described a bit of apprehension about giving blood but had an overall positive view of the experience.

“It was good apart from the backup,” said Penina Oanano (‘20), who gave blood on Tuesday, of the drive itself. “It was scary at first, but turned out to be not as bad as I thought.”

Lily Puglise (‘19) said, “[the blood drive  was better than I expected; I didn’t feel dizzy at all and the pricking didn’t hurt…the wait was also a long process but it turned out to be completely fine.”

“Approximately 4.5 million Americans would die each year without blood transfusions,” according to the Brookhaven National Laboratory. Just one pint of donated blood can save up to three people and prevent many unnecessary deaths from blood loss from occurring.

“It feels good knowing that my blood can be used to save the lives of others,” said Oanano.