East students travel to different places during the summer 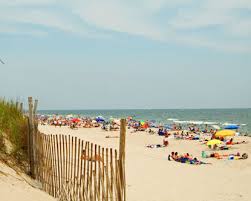 Many East students travel to the Jersey Shore during the summer.

As the 2014-2015 school year has come to a close, East students and their families venture out of Cherry Hill to various locations.

A full-year Cherry Hill resident may notice the lack of people in the large suburban town, as so many residents leave over the summer. Whether they travel out of state, to the various beaches of the Jersey Shore, summer camp, or even out of the country, there are many places that become homes for East students from late June to late August.

A good amount of students and their families take long summer vacations to beach locations such as Florida and California. They take this two-month-long break to leave Cherry Hill and discover the beaches and other landmarks in one of the other 49 states.

Other Cherry Hill families migrate down to the Jersey Shore over the summer. They attend beaches in Margate, Ventnor, Long Beach Island, Atlantic City, Ocean City, Wildwood, and a few other beaches in New Jersey.

Many East students also attend summer camp—both day camp and overnight camp—as campers and employees. A lot of students have been attending these camps since a very young age and plan to continue throughout their high school career. Camp consumes the free time away from school for these students.

Other East students and their families take summer break to travel outside of the United States. Whether they go to the same place every year or change it up, a plethora of Cherry Hill families find themselves on the grounds of Europe, Asia and other continents over the summer.  Some visit family while others visit the well-known historical landmarks of these various countries.

Cherry Hill loses residents for the summer when the school year comes to a close. However, some chose to remain near East for the summer while attending and working at different swim clubs in the area.

Every Cherry Hill resident has his or her own idea of summer fun, and that fun began when school let out on June 19.