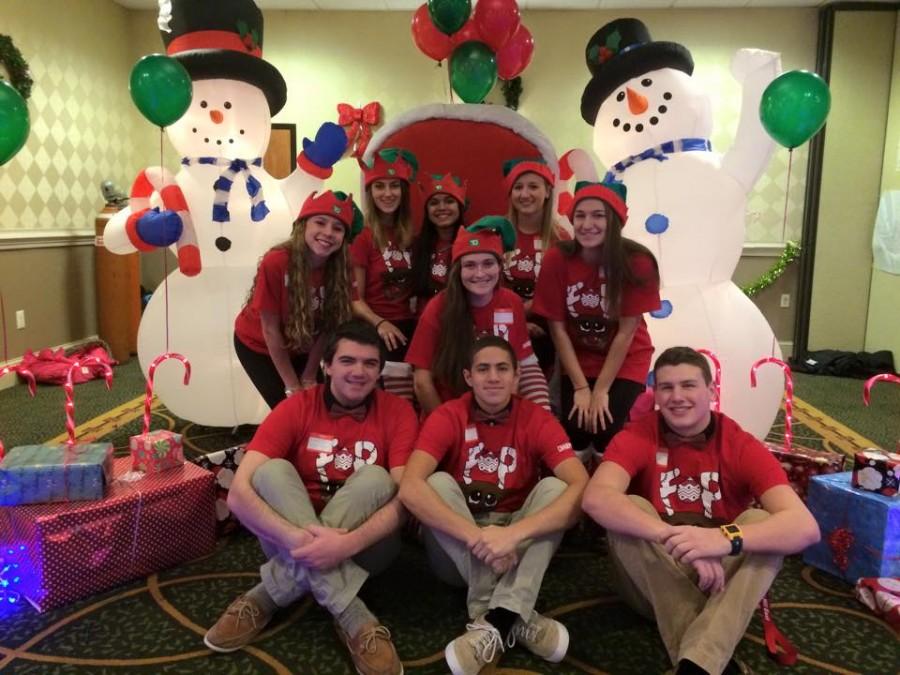 The annual Fraternal Order of Police (FOP) party took place on Monday Dec. 22, at the Crowne Plaza in Cherry Hill for special needs children in the area.

A little over 200 students from Cherry Hill East and Cherry Hill West ran the event. Preparation began in October with students met three times a week to prepare for the event. Students took time out of their school day to participate and set up for the party at the hotel. C.J Davis, a teacher at East, advises the club throughout the preparation process and on the day of the party.

Santa Claus made an appearance at the event in the candy cane-themed room. The party also featured other guests including characters like Tigger and Rudolph who spent time with the kids.

FOP party student chairperson Meghna Kothari (’15) thought the event went well.  She served as a chairperson last year and thought this year went just as well as last year’s party and that there were no problems. Kothari said she takes pride in taking part in this event.

“I have always had an affinity to spend time with children,” said Kothari.

Kothari also said she hopes the students involved get as much out of the experience as she does.

“I hope students in high school experience something much more than just giving gifts during the holiday season. I hope they realize the power of getting other students and kids alike into the holiday spirit,” said Kothari.