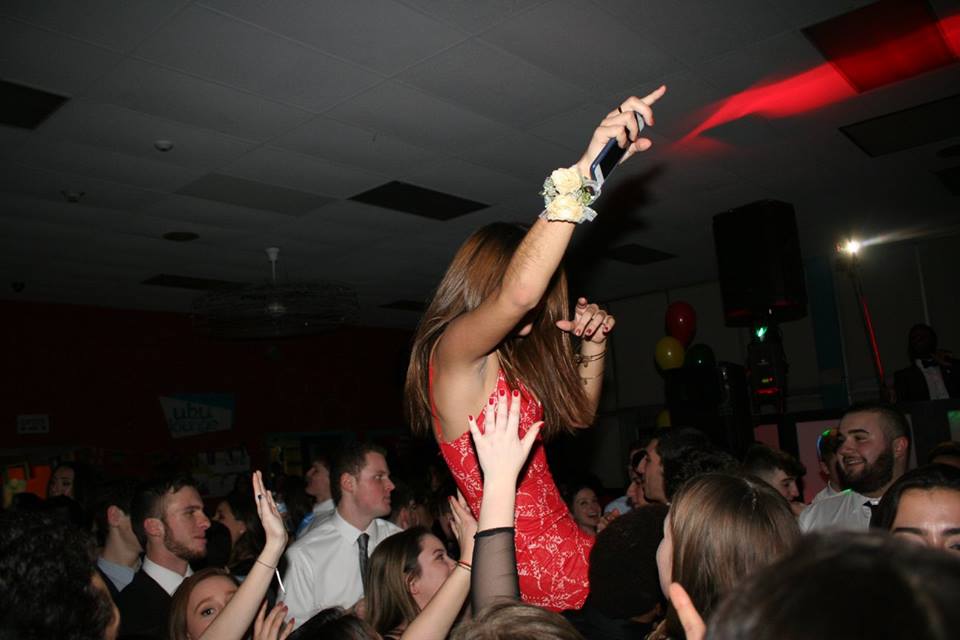 East students head to the Olympics at Sophomore Cotillion 2018

Last night, the 2018 Winter Olympics opened in Pyeongchang, South Korea. Meanwhile, almost 7,000 miles away, Cherry Hill East students were partying at a Winter Olympics of their own at this year’s Sophomore Cotillion.

“We wanted to think outside the box for our dance theme,” said sophomore class president, Sunny Doshi (‘20).

The date of the dance just so happened to fall in line with the opening ceremony for the Olympic games, and SGA could not miss taking advantage of that opportunity.

There was no shortage of that theme being represented all throughout the night. After checking their coats in Cafeteria 1, students walked through red, white and blue balloons, greeted by a “Welcome” sign adorned with flags from dozens of countries as they made their way into Cafeteria 2. On the left of the teachers’ lounge was a three-level podium, a place where students could take pictures, complete with professional photography lighting. The right side of the room was lined with candles, flags and fake snow, which all added to the wintery ambience.

Inside the cafeteria, the first thing one saw was the elevated DJ booth surrounded by pillars of red, white and blue balloons. The DJ played today’s top hits mixed in with classic favorites such as the “Cha-Cha Slide” and the “Cupid Shuffle.” Some people were even inspired to climb on their friends’ shoulders as they jumped around on the dance floor.

“The DJ played good songs, the best part was the atmosphere. Everyone was hype and had a good time,” said Nate Pullano (‘20), a representative for the Class of 2020.

SGA made sure that even the food fit the theme, with favorites from all over the globe and something for everyone. Students could enjoy everything from spring rolls to ice cream sundaes to quesadillas. There were several tables set up in the back of the room for those who wanted to take a break from dancing to sit and relax with their friends.

When the night came to a close, students left with short-sleeved black T-shirts. On the front, “Ignite the Night” was written under Olympic rings in shimmery gold letters. On the back, there is a golden Olympic torch behind a banner that reads “Soph 2020”.

There were over 500 people in attendance, and it seems that both the planners and attendees had a wonderful night.

“I think it went really well. The food and DJ were great, and I really think everyone had fun,” Doshi said.

To check out the full photo gallery and much more, head to Eastside on Facebook, or click HERE.