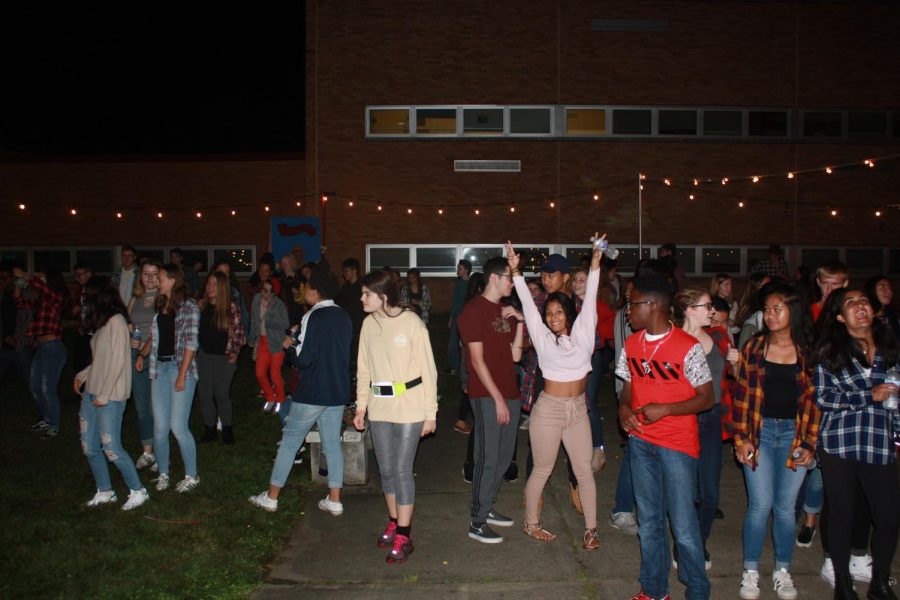 Festival E took place on October 5th this year, after being postponed from September 28th due to unforeseen weather conditions.

However, this worked out in SGA’s favor, as the cool weather made the autumn atmosphere seem even more realistic. Take everything you love about fall – apple cider donuts, pumpkins, fairy lights, and “It’s the Great Pumpkin, Charlie Brown”– and place it all into East’s inner courtyard. What you have is a night full of games, talented singers, and good food.

Sunny Doshi (‘20) agreed with her fellow classmates that the festival gave off “good fall vibes” and that she felt less stressed in Festival E’s environment. Many of her classmates agreed. Michelle Min (‘20) and Izzy Neville (‘20) thought the decorations were a great touch. Caleb Brukman (‘20) said he “liked how interactive” the festival was.

There were approximately 15 performances from both students and teachers. All performers had to audition to play at the festival, so Festival E was a great place for East to showcase its talent. Performances included singing, playing ukulele or guitar, and original songs.

Festival E took a little over two weeks to prepare. Nicole Benson, a Class of 2020 representative, said that Festival E began with a first meeting to discuss food and decorations. Over the next two weeks, SGA held auditions and made final preparations for the layout of the festival.

Mrs. Radbill, the Student Government Association advisor, said that the festival was the first attempt at creating SGA committees for different events. SGA is trying something new this year: all representatives have to sign up for various event committees throughout the year. Mrs. Radbill said that these committees will promote “ownership… and [will] include all the classes” in future East events.

While the festival was well put together, some SGA representatives believe that there is still room for improvement. Francesca Crawley, an SGA representative for the Class of 2020, said that she wished more students would show up to East events. She said that some students simply do not want to put in effort for school events. Regardless, she believes that this was a good start to the 2018-2019 school year.