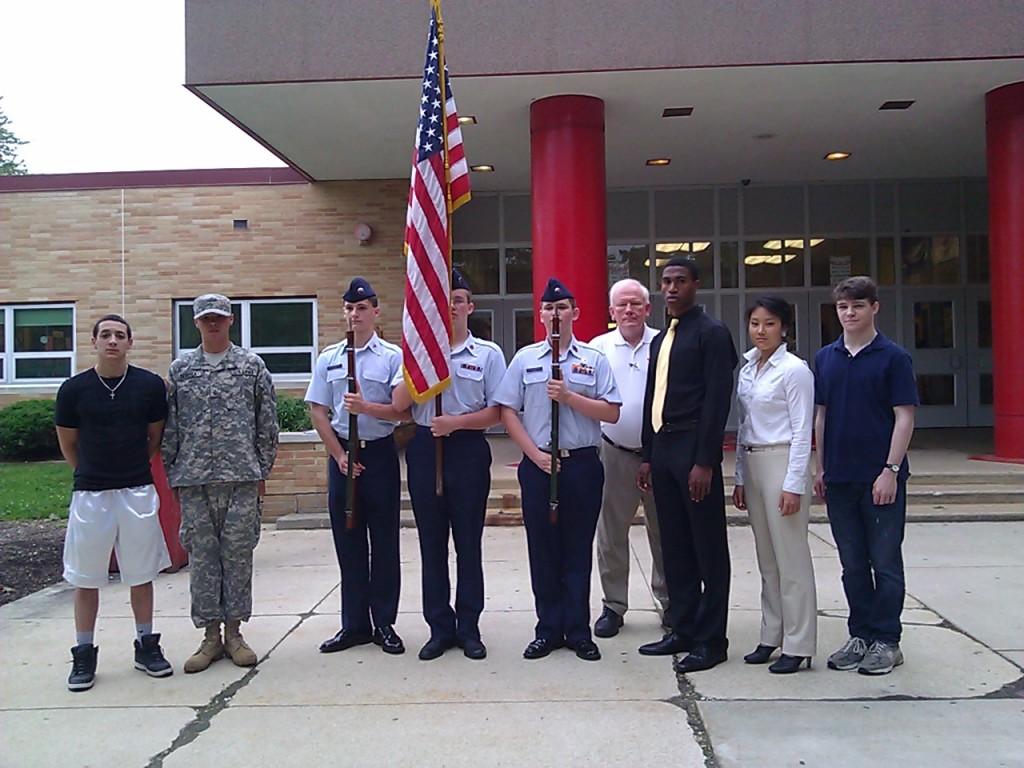 Many students at East, especially in the morning, never take the time to stop in the hallways and think. However, on Friday, May 25, security guard Mr. Ed Hall sought out to do just that, but he specifically wanted students to think about the soldiers who died in the war on Memorial Day.

“Today, I have friends to remember. Today is about remembering those who died in the war. Now I understand what my friends are missing because when you’re 19 [you don’t understand,] but now I know everything they have missed out on,” Hall, who served in the army for over three years, said.

Hall enlisted the aid of students who were involved in the army or those who are planning on attending a military college.

Private First Class PFC DeRosa (’12) read a speech over the announcements, explaining the history and purpose of Memorial Day and was there to represent the students at East going to Military service, prep schools or academies this year. DeRosa enlisted in the army a year and a half ago.

“I was determined to be in the military for all of my life and I have the will to sacrifice it all for the people I love,” DeRosa said.

John Bohen (’14), Abe Dera (’13), Josh Dera (’15) and Andrei Creanga (’14) made up the color guard, and are all a part of the auxiliary air force in preparation for the army. They properly followed military form as the song Taps was played over the announcement by Scott Nover (’13).

So, as everyone enjoys the euphoria of a long weekend, just remember the reason we have it: to remember those who died paying service to our freedom.  Remember to have a safe memorial day and observe a three minute moment of silence for those who fallen during service, so Hall’s and the army’s efforts do not fall in vain.