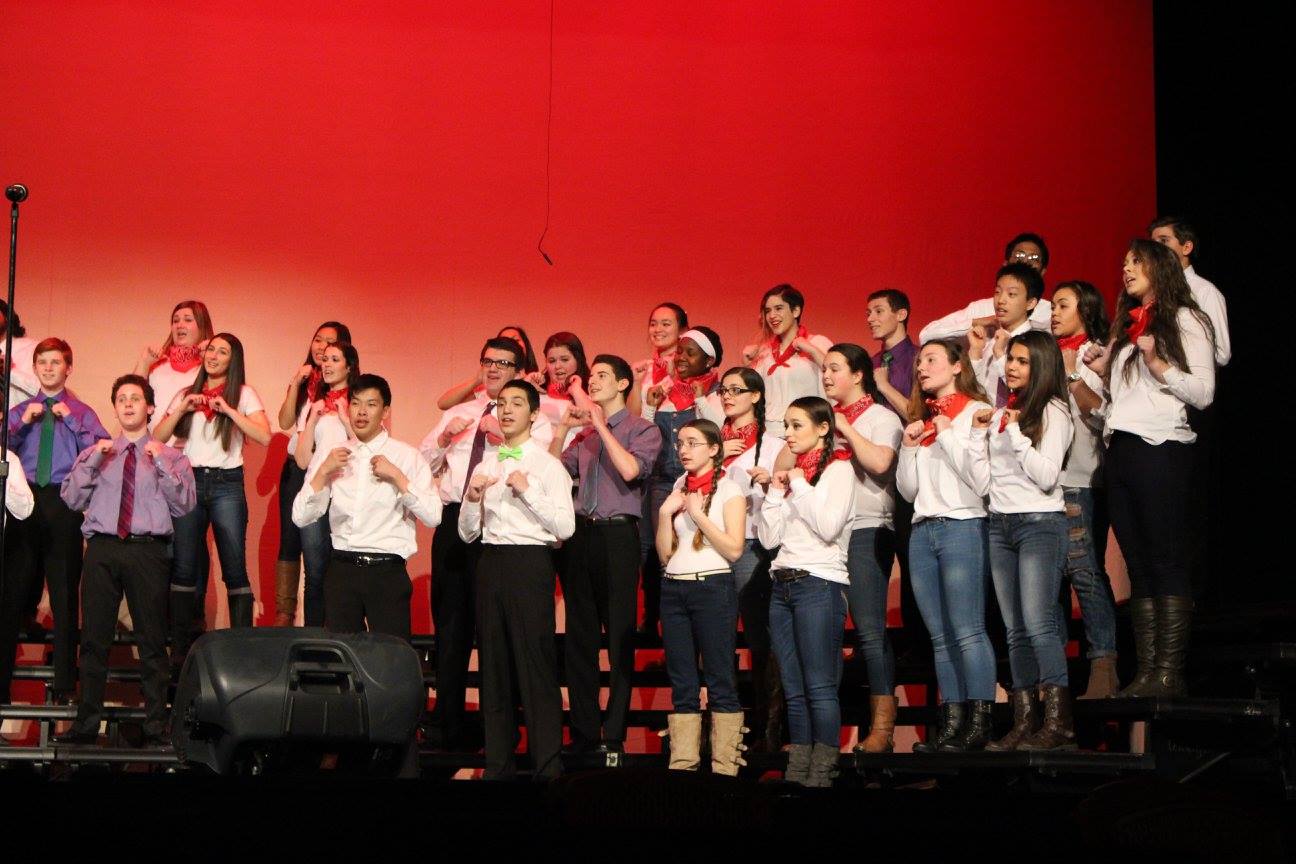 On Wednesday, Jan. 28 at 7:30 p.m., the lights turned low in East’s auditorium and bright spotlights illuminated the stage for the performers in East’s fifth Kaleidoscope concert.

The annual Kaleidoscope concert, this year Disney themed, is a fundraiser for East’s Music Boosters Scholarship Fund. Before and after the show, bidding for a silent auction was held in Cafeteria One. Money from auction and ticket sales go toward scholarships for East’s senior musicians.

“One hundred percent… goes to scholarships,” said Jodi Gorenberg, Music Boosters Vice President. Over 20,000 items, totaling 162 auction baskets, were all donated for sale at no cost to the Booster Club.

The audience heard music sung by East Singers, String Orchestra, Chansons, Concert Choir, Voce, Lab Band, Vocal Workshop, Belles of East, as well as Brave’s” Touch the Sky” sung by the Beck Middle School Concert Choir. The Lab Band also performed a jazz piece from Monster’s Inc arranged by Mr. Marr, who is the band director at Beck. Many groups had choreographed stage entrances, exits and dances that they had to learn in addition to their selections.

Disney characters’ images lined the auditorium’s walls as classic songs rang out over the crowd. The Belles of East sang Frozen’s “Do You Want to Build a Snowman,” East Singers performed a song entitled “The Lion King,” which featured many numbers from the movie including “Can you feel the love tonight,” “Circle of Life,” and “I just can’t wait to be king.”

“We had literally two weeks to teach everything for this concert,” said East vocal director Heather Lockhart.

Pressure during preparation was raised even higher due to recent inclement weather.

This week, “[because of] the snow days, we didn’t have rehearsals,” said Lockhart. “Once [students] learn the stuff they need the time to then put it onto the stage, and we didn’t have that… under the circumstances it went really well.”

Whether the cast had adequate rehearsals or not, reception to the concert was positive.

“Everyone in the Kaleidoscope concert… captured the emotions of each song,” said audience member Zach Mitchell (’16), a student at St. Joe’s Prep.

“I’m really proud of us,” said Sam Waldman (’16), a singer in Stay Tuned, East Singers and Chansons. “It went really well. I’m proud of all the groups as a whole.”

All South Jersey Chorus singer Jared Camacho (’17), a member of East Concert Choir and Voce soloist, also said that he enjoyed the concert.

“I was nervous in the beginning, but I got over it. It ended up being really fun,” said Camacho regarding his solo during The Jungle Book’s “I wan’na be like you,” which was met with applause throughout the theater.

The cafeteria was crowded with bidders, who also talked and enjoyed free snacks and drinks provided for guests. East’s singers looking out from the stage saw a full house of spectators looking back up at them.

The ticket and Auction sales are expected to bring in a significant amount of money for the scholarship fund. According to Gorenberg, enough money was earned at last year’s show to provide scholarship money to 40 seniors.

“It’s nice,” said Lockhart, “because they’ve earned it and they’ve given us so much of their time and dedication, and in return we like to help them start off in college.”

Aside from the many seniors who have put so much into East’s music, singers in the other three grades have plenty more to look forward to in future years.

Commenting on being part of East’s vocal department and singing in general, Katie Aylesworth (’16), Belles of East member and East Singers soloist said, “It’s amazing…It’s one of my favorite things to do in the whole world.” 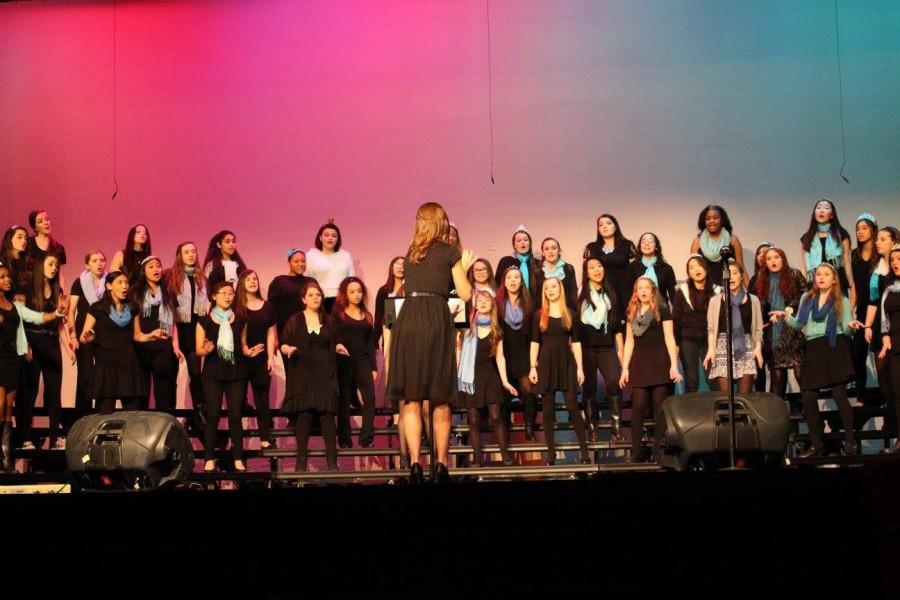