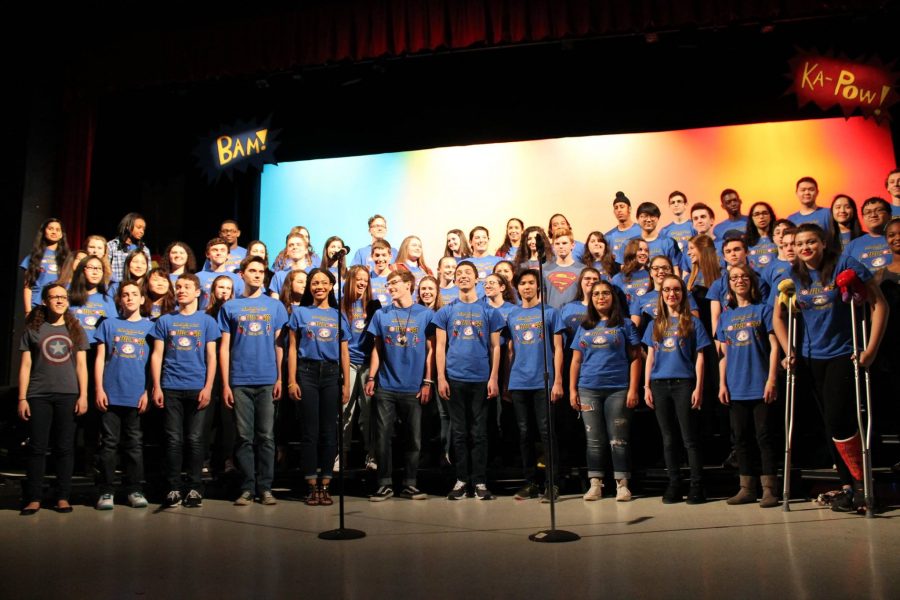 Coffee House is a fundraiser event created to raise money for various causes while involving the student body and the Cherry Hill community. Mrs. Lausi was inspired with the original idea of Coffee House after East Singers performed a benefit concert for breast cancer at the Kimmel Center in 2005. The money raised from this year went to help Ali fight cancer. Ali is an aspiring filmmaker who has Hepatocellular Carcinoma, which is the most common type of cancer. Her boyfriend, Mr. Nick Wright, a friend of the vocal department, has arranged and written music for the vocal ensembles of East in the past. East Singers and Thespian Society jumped at the opportunity to help out these friends of the department. Though the cause is special to the vocal and theater department, it wasn’t exclusive. Many people were empathetic to the cause.

“Everyone in their life has either known or heard about someone with cancer…it’s unfortunate disease that touches so many people… it’s universal and that’s why people can relate to the cause,” said Harrison Smith (‘18), who performed during the event.

Coffee House is a fantastic event to enjoy a night of entertainment, endless cups of coffee, and indulge in baked goods all while contributing to an amazing cause. This year’s Coffee House was filled with a variety of acts that include singing, dancing, and standup comedy. The evening started off with Java Jive performed by East Singers, followed by acts such as “Heroes” sung by the Super Seven, “Go the Distance”sung by Common Quartersy, and fantastic tap dance to a rendition of Justin Bieber’s “What Do You Mean.” Unique to this year’s coffee house was a video game tournament named Smash Players. East singers concluded the night by premiering the song dedicated to Ali written by Wright.

“I thoroughly enjoy the quality of talent,” said Mr. Hulme

By the end of the night, everyone left with bright smiles on their faces.

“My favorite part was being able to perform with my friends,” said Isabel Kaufman  (‘17).

Lausi said, “I loved the feeling in the room.”