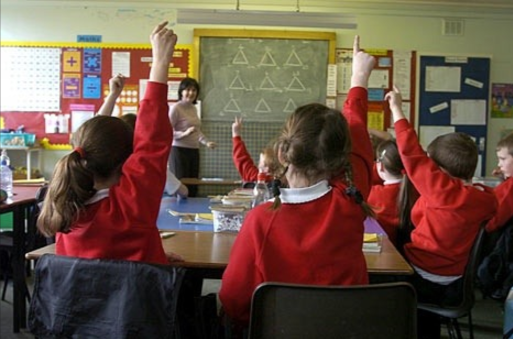 Currently, Finland is placed number one in the world for having the highest test scores. Surprisingly enough, their education system could not be more different than the one in place in America.

Most citizens in the US never fail to express their patriotism for the ”Land of the Free”. American’s liberty is something to be proud of and something that is wanted by many, which is why so many immigrants have come to the US for centuries to start a new life. But Americans are also faced with their share of problems, one of them being the education system. Compared to other countries, the US falls short in terms of test scores.

According to the New York Times, Finland excels in global ranks in math and literacy. Potential teachers are chosen from the top percentile of the graduating college class, who then have the option of attending one of the eight universities in Finland that are known for educating teachers and obtain a master’s degree. Using this process ensures that any future professor or teacher will have the education they need to pass on to students.

Finland also makes an effort to secure all students, regardless of their financial status, with health services as well as counseling. For the Fins, it is important that the poorer students are taught with the same high-quality education as wealthier students, providing knowledge for all.

America’s neighbor, Canada, also has a more meticulous training system for teachers than the US, but the main difference is that the Canadian schools pay more attention to school funding. The US depends on taxes to fund schools, therefore wealthy areas draw in more money than poorer areas. In Canada, the funding is formulated based on the province.  The need of the district determines how much money will go into school funding for that province as a whole.

Students in the US are constantly complaining of a homework overload, with the only motivation to do it being the concern for grades. In other high-performing countries, homework is given out lightly.

As shown by a study done by Stanford, “too much homework is associated with greater stress… reductions in health… [and] less time for friends, family, and extracurricular pursuits.” From the students that were surveyed, 56 percent said that homework was the main source of their stress, leading to sleep deprivation.

While it may not be at the top, the US moves forward in making adjustments each year, showing that improvements are being made whenever possible. If poorer districts, which make up about 40 percent of the national test scores, had the same advantages of wealthier districts, then the US could rank higher on the international scale.