The ocean floor turns into a garbage dump 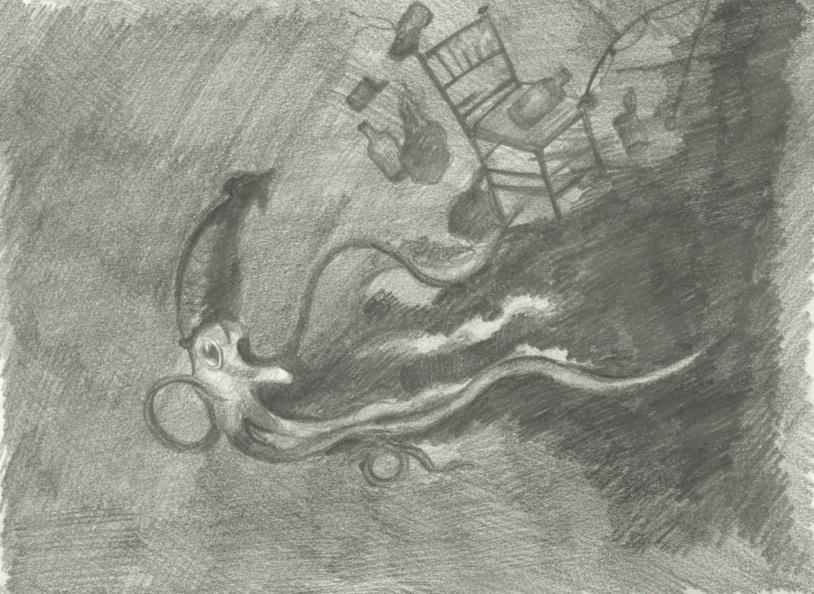 The ocean. A vast expanse of water covering about 71 percent of the Earth. It is full of untapped mystery. But ironically, we have explored more of outer space than our own inner oceans. And much is to be unveiled. We have all heard of rumors of “The Giant Squid” and of mythical “Sea Monsters” and we still don’t know exactly what could be floating around down there, near the bottom of our own oceans. As a result, a group of researchers at the Monterey Bay Aquarium Research Institute (MBARI) decided to comb through an 18,000-hour stream of deepsea footage taken over the course of 22 years—footage taken by ROV’s (Remotely Operated Vehicles) and other underwater vehicles far down beneath the waves. These researchers found no sea monstrosities. Instead they found man-made trash, and lots of it.

Data taken from Vancouver Island to the Hawaiian Islands back to the Gulf of California had a total of about 1,500 observations of deep-sea trash and debris. Roughly one-third of the trash was made up of plastic material, more than half of which were plastic bags, which are very hazardous to any sort of marine life.   One fifth of the trash was made up of metals, such as aluminum cans and shards. Other notable common debris included rope, glass bottles, chairs, oil drums, clothing items and fishing equipment. As usual, the wildlife has attempted to adapt. There are Rockfish that attempt to live in human shoes unsuccessfully and starfish that try and ignore giant glass bottles that invade their home.

The farther down, the worse the situation becomes. Even at 13,000 feet, trash and debris still remain, harming all animals and plants in the ecosystem with harmful foreign substances. Oil drums leak oil into the oceans and poison the ocean’s waters while nets and bags trap plant life and fish. Without ample light, bacteria and heat in the ocean’s depths, garbage cannot go through the process of breaking down and decomposing, therefore taking more than twice as long to break down, and will therefore prove to be twice as deadly to marine life.

The growing attention of trash and excessive amounts of garbage in the oceans around the globe has been in the news and throughout the Internet for ages. Pictures of oil-covered penguins and plant life and the black carcasses of fish caught in nets flooded the web during British Petroleum’s 2010 Gulf Oil Spill. Over 400 species of animals have been affected by the 5 million gallon spill and about 4,500 animals have been killed by it. Even the Great Barrier Reef in Australia has been affected, losing portions of the reef due to pollution. Run-off pesticides and dredge dumps in the oceans slowly pollute and kill off reefs. It’s hard to believe that all that trash, pollution and debris was actually pilling up at the bottom of our Earth’s oceans, but yet it’s not very surprising hearing the news. Trash pileup is detrimental to whatever lives down there and if mankind continues to allow the pileup, there might not be a “Giant Squid” or any sort of “Sea Monster” to discover.