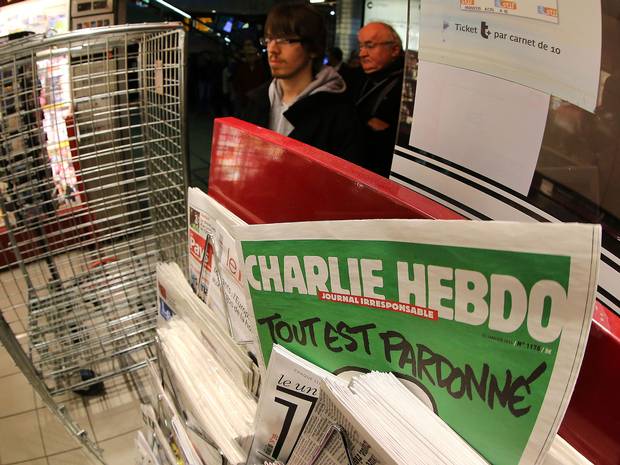 On Jan. 7, a massive terrorist attack took place at the Charlie Hebdo offices in Paris, France over an image of Muhammad in the magazine, which is strictly against Muslim beliefs. Twelve staff died in the attack, leaving an emotionally-battered publication behind. Within the last month, a debate has ensued over whether the magazine went beyond the boundaries of “Freedom of Speech” by publishing the image.

In a world so deeply divided by many factions, such as race, religion and government, it is very obvious to see why such an image causes anger, and perhaps even violence. In light of all of the criticisms for poor taste and lack of judgment, it is clear the magazine was not able to keep within boundaries of the term “Freedom of Speech.” However, this fact, in no way, justifies an extremist attack on the offices.

The term “Freedom of Speech” protects words or images from censorship or restraint. But, the freedom of speech, in most countries, such as America, does not protect free speech to any “obscene material” published, said or drawn.

In the Islamic religion, it is against people’s beliefs, in the Qur’an, to depict the prophet Muhammad in any way, especially through drawings. If anybody fails to abide by those laws, he or she is usually threatened with death, and sometimes even attacked like Charlie Hebdo was. Some examples include the South Park episode, “201” threats against the creators and the Jyllands-Posten magazine massacre plot in Denmark. For Muslims, depiction is classified as “offensive” in one way.

It is possible, in some eyes, that the Charlie Hebdo magazine was not crossing the boundaries, even for its poor taste and judgment of the image.

There will always be those moment where someone, or something, posts an offensive thing. Usually, in the case of bullying, this can be compared to. We seek out revenge in order to deal with the problem, or people kill themselves since they cannot handle the lever of insult. That has always been the same way with bullying both in real life and online. One prime example is the Amanda Todd story, a young British student who was so distraught by severe bullying that she ended up committing suicide.

While the debate about the line of free speech is unclear at the moment, it is clear that the extremist attack on such a magnitude is unacceptable. We all get angry at offensive actions, such as the typical middle finger to Swastika rings at Sears, no one has ever killed or intended to hurt anyone over those events.

Yes, the Islamist religion can be angry about the image that violates their beliefs. Yes, the Muslims can voice their displeasure about the ill-tasting joke. Yes, the magazine went too far with a joke that some see as offensive. But in no way does it justify extreme action against those responsible. We all need to step back, take a good look and correct our errors before we do something irresponsible.