In a brazen act of civil disobedience, Saudi women take the wheel 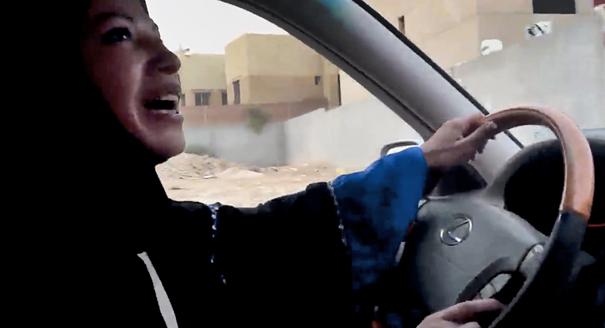 On Saturday, October 26, 30 women across Saudi Arabia temporarily broke free from the constraining shackles of inferior rights by getting behind the wheel. These courageous women, fed up with the blatant inequality in Saudi Arabia, posted videos of themselves driving on Saudi social media sites.

This small protest was nothing short of monumental. With the shift of a gear and the press of a foot these women challenged deeply ingrained religious and civil ideals that have long dictated the role of Saudi women in society.

Saudi Arabia, a staunchly conservative society, has managed to remain frozen under rigid traditions. Saudi laws and societal norms are intrinsically linked to Islam—a religion that unabashedly squanders the rights’ of women.

This protest was organized by a group of women who have been trying to claim, what they believe to be, basic human rights. Saudi Arabia is the last country in the world to legislatively deny women the right to drive.

One of the female drivers, Madiha al-Ajroush, 60, said in a New York Times interview, “We are looking for a normal way of life… for me to get into my car and do something as small as get myself a cappuccino or something as grand as taking my child to the emergency room.”

This heavy patriarchal influence in Saudi Arabia extends way beyond driving. Women, large economical contributors and taxpayers, are still forbidden by law to travel, marry, or work without the consent of a male family member.

The 30 women who participated in the nation-wide drive effectively shook up the Saudi social fabric. Most of the videos of the women driving were stripped from the Internet and blocked by hackers and government officials.

The Interior Ministry released a statement warning citizens not to “disturb the social peace and open the door to discord.” More recently, a new statement was issued threatening punishment for participating in “assemblies and banned demonstrations calling for women to drive cars.”

This social protest is an admirable, inspiring act of courage and valor. For the first time in decades, Saudi women are standing up to the formidable inequality permeating their society. They are nothing short of modern day warriors.

These brave women are on the same caliber as the Freedom Riders who challenged inequality during the Civil Rights Movement.

This social protest is a small, glorious step towards the long-overdue legislative revamp in Saudi Arabia. No women—anywhere in the world—should be subjected to such cruelty and inequality.