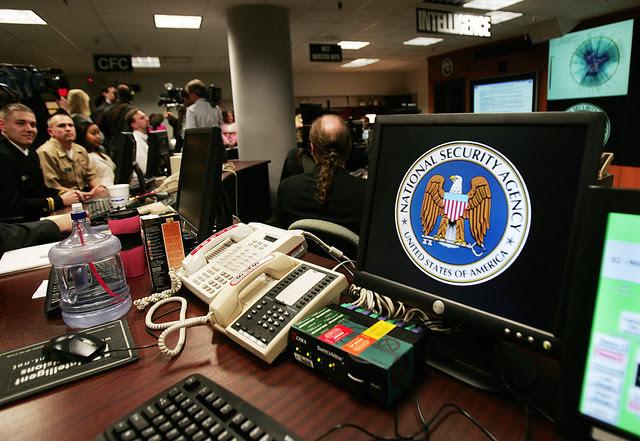 Our phones, computers, cameras and TVs are all things that can be monitored, traced and hacked. And even though we may not know it, governments have consistently been doing just that for many years.

The US government has one of the largest security surveillance systems in the world. The National Security Administration (NSA) and all three branches of the government continually sift through a plethora of information in order to monitor its citizens and collect data, for beneficial information to track criminals and terrorists. But the problem that has recently been bothering our government is the buildup of ‘extraneous’ information. It is a fact that the NSA knows a lot, but the accumulation of information that it has actually decreased productivity. In essence, the NSA is literally drowning in inoperable data, and therefore, there is a need to find a balance between what data is obsolete and what it can actually use.

Most data that it records is extraneous and unhelpful because it taps into the lives of passive, ordinary people who don’t pose any threat to national security. Law enforcement and homeland security encounter about 20,000 suspected terrorists a year via their government watch lists. Given the U.S. population of about 314 million, the NSA really doesn’t need miscellaneous info on the Google searches of “what should I cook for dinner tonight?” or “how should I fix my computer?” Yet it still persists on knowing everything about everyone. There is only a minute percentage of the people that are suspected terrorists or criminals.

Collecting data from cameras and internet service providers about citizens is easy for law enforcement, but storing the data is a whole different monumental task. The NSA’s newest program, PRISM, will monitor sites such as Google, Facebook and Apple. The data will be further stored in multiple facilities and retained over a course of five years. Big data facilities will stockpile zettabytes and yottabytes, huge stores of information, to keep track of detailed personal material. Do they have the technology or manpower to sift through all of this data?

Edward Snowden, the controversial former CIA employee, released a worldwide viral video message in late December. He vented his views to terminate the mass surveillance globally. He expects to rally the support of our technology-dependent public, with the claim that everyone truly needs their own fair share of privacy.

“When your [work] process every morning starts with a haystack of seven billion innocent lives, you’re going to miss things,” says Edward Snowden. “A child born today will grow up with no conception of privacy at all. They’ll never know what it means to have a private moment to themselves, an unrecorded, unanalyzed thought.”

Snowden’s leaks regarding U.S. surveillance in the past year have caused global issues with other countries such as Germany. Regardless, the United States government agreed on the production of a new facility in Utah, under the PRISM program in which it will store information. Phone records, money transfers, marketing data and much more will be stored there. In fact, the storage center will be able to hold more than 100,000 times the amount of printed materials held in the Library of Congress, with a federal budget of $1.2 billion. But the amount of information on the web is exponentially growing, and the storage system will probably not hold out for much longer.

A better and more beneficial alternative is a sort of “smart software” that could perform an in-depth sorting process of the information collected instead of swamping employees or storage facilities to do most of the cleanup work themselves.

But on the flip side, are these agencies truly rogue? There is a need for instantaneous information as new threats approach.

“New bombs are being devised. New terrorists are emerging, new groups. Actually, a new level of viciousness. And I think we need to be prepared,” says Senator Dianne Feinstein, who chairs the Senate Intelligence Committee, in response to President Obama’s recently presented surveillance plan to counteract the threat to civil liberties.

Therefore, there is no doubt amongst lawmakers that mass surveillance is a balancing act between global privacy and national security. The U.S. government must do something to combat the buildup of extraneous information databases. Even a larger job, analysts have the daunting task of filtering and prioritizing what is worth considering.