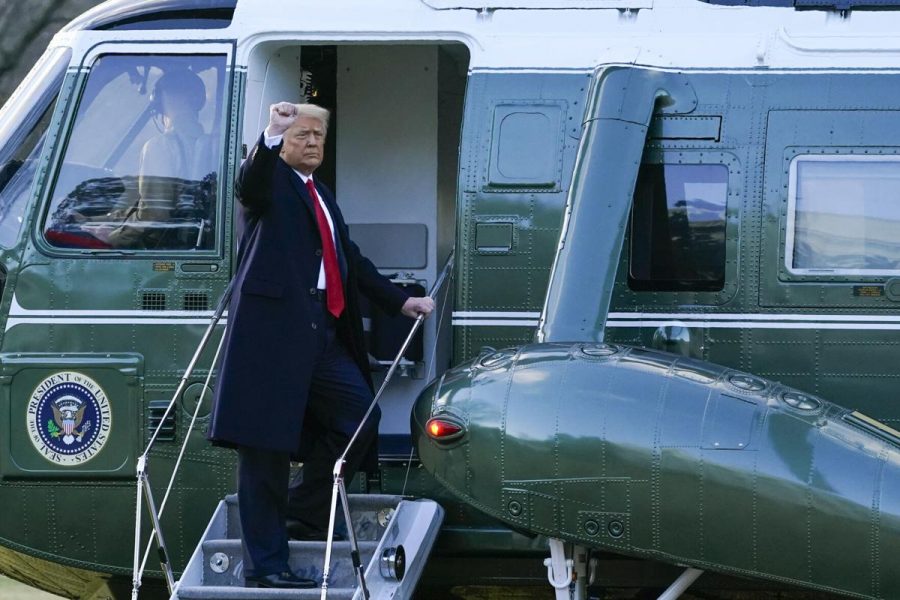 When one thinks of a leader, typically one envisions a strong and courageous man or woman who acts for the greater good, no matter what personal beliefs they hold. Recently, President Donald Trump has demonstrated on multiple accounts that he has failed to fulfill his duties as the leader of our nation.

After the election of 1800, John Adams set the precedent for the peaceful transfer of power from president to president, which has been executed by all presidents of the past. Now, due to conspiracy theories and false accusations, Donald Trump did everything in his power to prohibit the end of his presidency. With his ongoing claims of fraud throughout the election, tensions have risen among supporters, to the point where many believed it acceptable to make “an assault on the citadel of liberty,” the U.S. Capitol building, as President-elect Joe Biden described it.
Rather than accept his defeat peacefully, Trump has been making a latch ditch effort to retain his power through whatever means necessary. Prior to the assault on the Capitol, instead of urging his supporters to stand down and remain peaceful he put the notion into their heads that it was okay to commit unconstitutional acts because, according to Trump, “you’ll never take back our country with weakness. You have to show strength, and you have to be strong.”.

Even as violence and even a fatal shooting occurred at the Capitol, Trump continued to spew false claims, stating that he won by a land-slide, instead of immediately coming out and denconcing the actions of his supporters. While Biden was stating that the attack was “not dissent, it’s disorder. It’s chaos. It borders on sedition and it must end, now,” Trump was telling the insurgents that he loved them and that they were very special while still holding on tight to his claims that the election had been stolen from him.

Now is not the time for the country to become even more separated. No longer is this about party lines and politics, but rather basic human decency. No one, republican, democratic, or independent, should have felt their life was being threatened on Wednesday, January 6, 2021. Trespassing into any building with guns, weapons, and the hope to disrupt peace and democracy should never be tolerated. Now is the time to create a unified nation ready for the challenges of the future. Moving forward Americans must do better and work towards building a better country untied. President Bidens inauguration will hopefully provide a turning point for America and allow the nation to get back on the road of unity and prosperity for all.