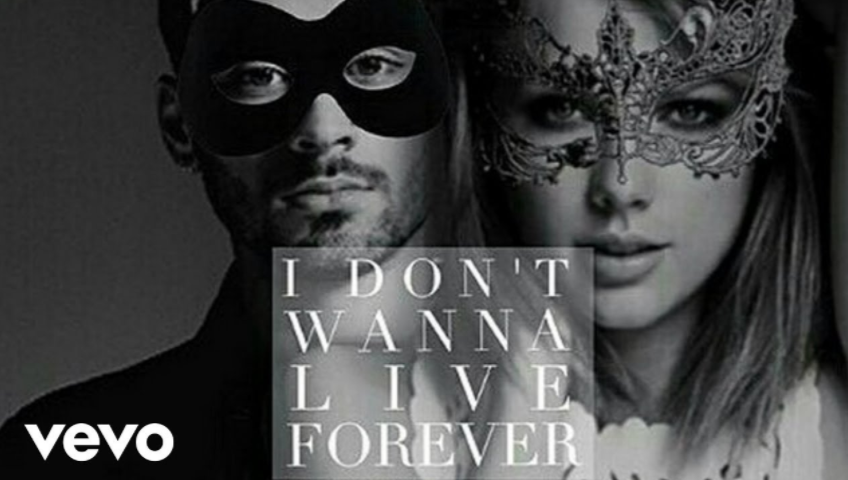 The song, "I don't wanna live forever" is a powerful, yet romantic song.

“I Don’t Wanna Live Forever” by Zayn Malik featuring Taylor Swift was released as a theme song for the movie 50 Shades Darker. It released on December 9 2016.

This song is a romantic song about a pair talking about their point of view of their relationship. The male of this pair talks about how he misses the presence of the girl and does not wish to continue his life without her because he knows he will be living in pain.

“I just wanna keep calling your name until you come back home” is a line of the song which Zayn sings. It shows the male not giving up hope and continuing to call after the girl. Meanwhile, the girl is questioning what the relationship means. Taylor Swift sings the line,

“Wondering if I dodged a bullet or just lost the love of my life”. This shows the perspective of the the girl in this relationship. She ponders whether or not losing the boy was a gain or a loss. However, later in the song her feelings progress. She later shows that she feels crazy because she feels that she has put in so much effort into the relationship but the boy really hasn’t.

The lyrics told a story which really grabbed the listener. It tells the story of a pair and their relationship and their point of view as well.

The vocals did an amazing job reaching the high notes. However Zayn’s voice seemed much higher than Taylor’s. When they sang the chorus together, Zayn’s extremely high voice overpowered Taylor’s voice. Although his voice was too high for a male’s part, he did a great job of singing it. Taylor Swift did a wonderful job singing her part. Her voice in the song was very soft and sweet. When she sang her line, it was very calm and not overly powerful like Zayn.

The background singing blended well with the song and added much more to it. Also, the melody of the song was very powerful and emotional. The producer Jack Antanoff produced this song in a week. Considering the fact that this song was produced in a week is highly impressive and very well composed.

The little details of the song added more style to the song and definitely drew attention. The song overall was very well put together and well written.

This song was romantic and powerful. It is definitely a song that will make you bawl your eyes out after remembering a breakup.