Women in Gold leaves the audience with a touching message 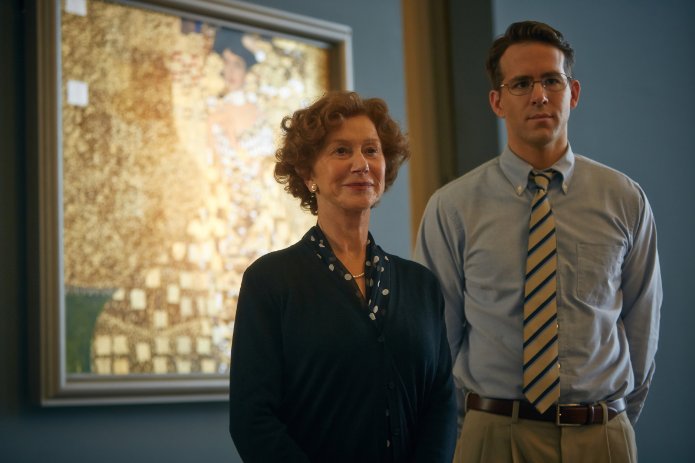 From left to right, Helen Mirren as Maria Altmann, and Ryan Reynolds as Randy Schoenberg stand in front of the famous “Woman in Gold” painting that they fight to reclaim.

The sins of the past inevitably find a way to pervade and haunt our lives in the present.

Woman in Gold is based on a true story and follows the pursuits of Maria Altmann (Helen Mirren), who in 1998, Los Angeles, asks for the assistance of Randy Schoenberg (Ryan Reynolds), a young lawyer who is more often than not, down on his luck. Altmann implores his help to reclaim the famous “Woman in Gold” painting by Klimt – the subject of her aunt. The painting, amongst thousands of others, was stolen from Jewish families by the Nazis following their invasion of Austria and have been, following the war over half a century later, the sole property of the Austrian government. The two, through their persistence and refusal to give up, make a legendary case in fighting for justice by facing the ghosts of the past and righting the wrongs.

The film itself is simply a work of justice. It is filled with an incredible cast that captivates the audience’s attention and makes the story compelling from beginning to end. Additionally, it also educates and moves its audience to understand that the past is not just filled with painful memories that should be quickly forgotten. Instead, it forces us to understand that the past must be remembered for the sake of remembrance.

It proves to us that in remembering such atrocities and genocides as the Holocaust, it in fact influences our decision-making, how we lead our lives, as well as who we are as human beings today. Women in Gold is a must-see for anyone who needs a renewed faith in humanity.