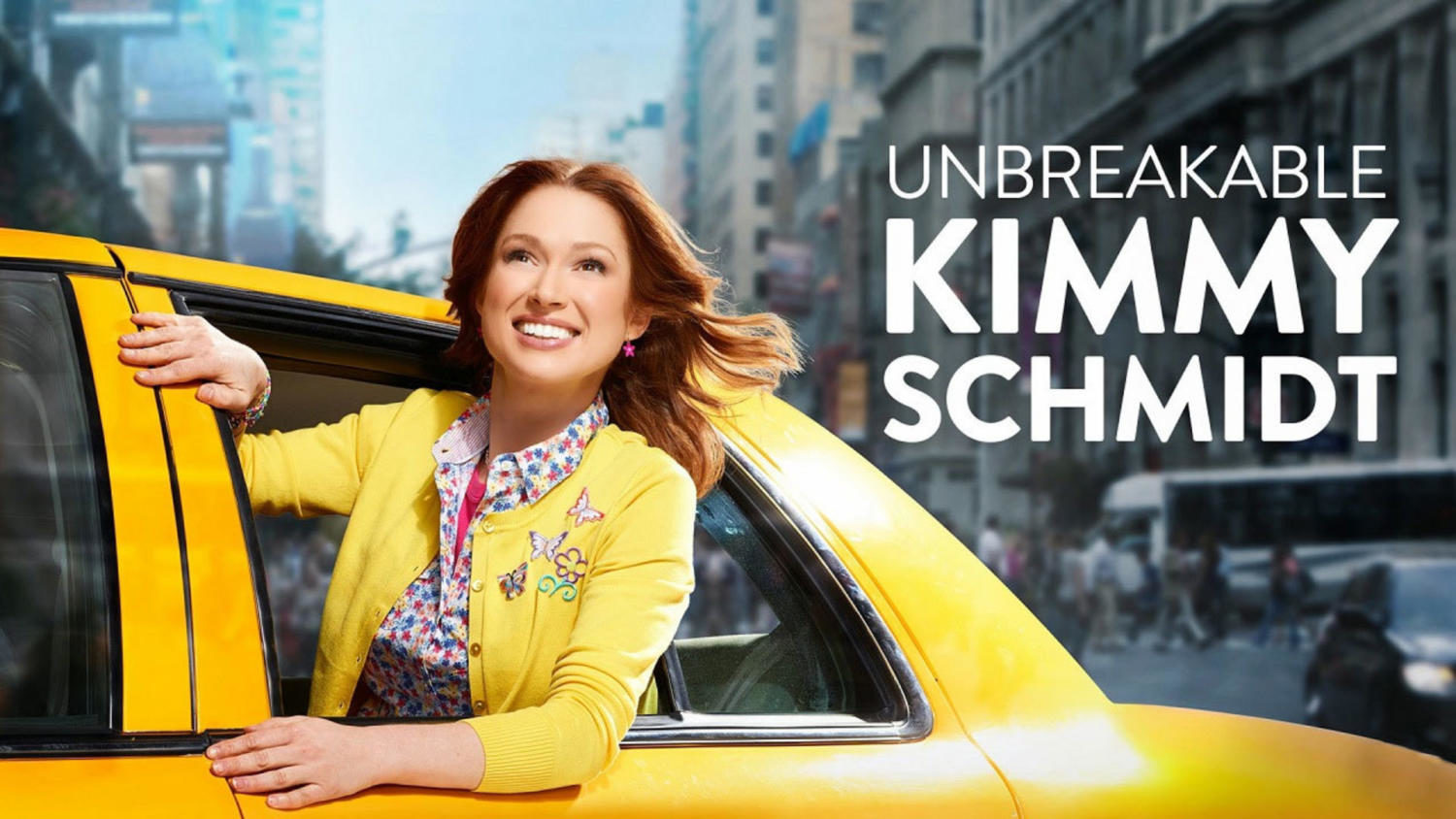 Schmidt gets a taste of the big apple.

In the third season of Netflix’s original series starring Ellie Kemper, Unbreakable Kimmy Schmidt shows the experiences of a woman in her early thirties experiencing the modern world for the first time in an almost childlike manner. After Schmidt went missing fifteen years of her life, trapped in a bunker by a cult leader who claimed the world had ended, she is rescued by police. Now returned to the outside world, she tries to fit into everyday society, like an interpretation of Room that is played for comedic value. Her large gap in exposure results in her being able to see the busy life of a young American adult from the viewpoint of the seven-year-old girl who had her childhood stolen.

The show has now reached 39 episodes, all available exclusively on Netflix, and has settled into a consistent pace that the show finds it can use well. The writers do nothing new over the entirety of the running time of the new season, many of the themes also being borrowed from other Netflix originals. For many shows, this refusal to budge from these themes and moods would be a death sentence to the series. However, the constant joviality and carefree feeling of the occurrences of Kimmy Schmidt and her friends is what makes this show the exception.

The show allows for the viewer to return to a time when they too would have thought like Kimmy, and can feel their stress float away as they watch her rap about philosophy or help her roommate sneak into a convenience store bathroom.

“Although it is known for its comedic value, Unbreakable Kimmy Schmidt continues to tackle deep and challenging views in moral ambiguity,” said Sam Hershman (‘20).

The way this show pans out and is able to tackle some very challenging topics, such as sexual assault and cultural appropriation, and get its serious message on these ideas across clearly and effectively without sacrificing any of the child-like nonchalance is what makes this show so popular. This reassuring lightheartedness is what has brought this series to it’s third season with a fourth likely on the horizon.

The season ends with multiple loose ends to be wrapped up. Kimmy has a new job on the horizon, Titus is working to get back with his ex-boyfriend, Lillian is coming to terms with her doubts about the man she loves. Hershman said he feels that a fourth season is necessary for the show. He wants more of a storyline in the follow up season, but otherwise feels that this season had exactly the right things going for it.

The characters feel so welcoming due to the spectacular performances by the lead actors. Despite every one of the characters being a caricature, the lead actors are able to portray each of them as much more. The portrayals feel as real as possible, but are still has a sense of self-awareness of the character’s absurdities. This all serves to fully emerge the viewer in a truly relaxing experience.