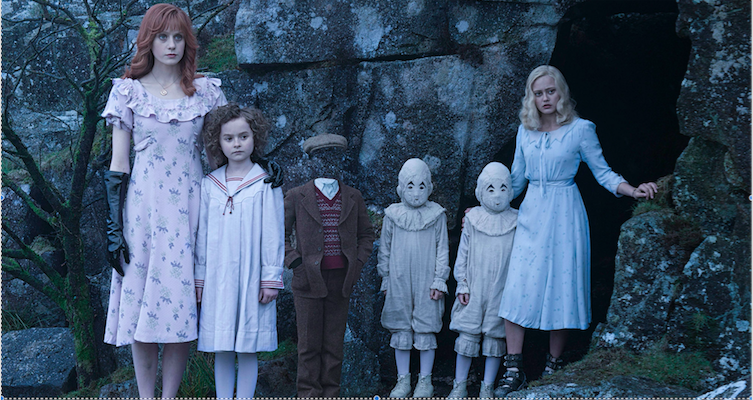 Tim Burton strikes again, hitting the big screen with another fantasy film. Miss Peregrine’s Home for Peculiar Children will grab your attention and take you into a new and, peculiar world.

The film tells the story of a boy named Jake, played by Asa Butterfield, who uncovers the mystery of a world he has heard about since he was young. Ever since Jake was little, his grandfather told him stories about the peculiar children living in Miss Peregrine’s home, however when tragedy strikes, Jake must find the magical home on his own.

The movie begins with Jake as he receives a call that his grandfather needs his help. However, once Jake arrives at his grandfather’s home he encounters a hardship that will truly change his life forever. It is during this time of adversity that Jake discovers the supernatural powers he attains.

However, when he tells his family they call him crazy. The movie progresses while Jake travels to Wales visiting many places his grandfather told him about, and here he finds Miss Peregrine’s home.

Jake gets to know many peculiar children that live there, in addition to discovering many parts of his grandfather’s life he had not known before. Throughout the film, Jake’s powers continue to amaze both the other children in the home, as well as the audience.

This two hour and seven minute film starts out slow, however as the movie progresses, viewers become intrigued as each scene reveals a new facet to the characters.

Tim Burton did a wonderful job keeping the film similar to the #1 New York Times best seller book, on which the movie was based. Most scenes remained the same apart from a few minor times that do not appear extremely noticeable.

Overall, this unusual film will definitely keep you hooked as it advances. The suspenseful plot and intriguing characters keeps viewers on the edge of their seats. Miss Peregrine’s Home for Peculiar Children is definitely a movie to add to Tim Burton’s list of successes.