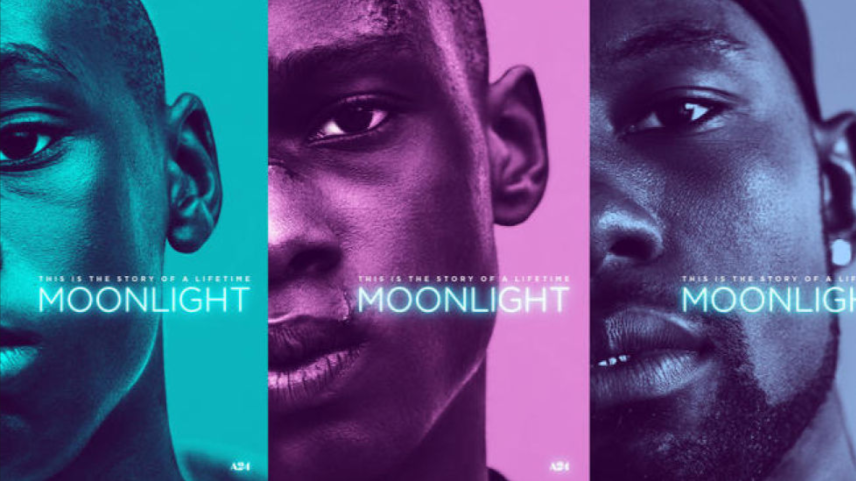 The Golden Globe Winning movie, Moonlight, tells the impactful story of a young boy trying to find his place in the world

Synopsis: The story of a gay black man living in poor Liberty City, Miami struggling to find himself in this three-part drama. Chiron, a young man living in a poor suburb of Liberty, will go on a life-long journey to find acceptance within himself and his community. The film focuses on Chiron as a young boy, a teenager and a young adult as he grapples with his personal identity in an unaccepting society.

#MOONLIGHT is now the winner of the Golden Globe for Best Picture! This weekend, step into the light, witness the magic, and be transformed. pic.twitter.com/8NGx9Vdkzg

In a cinematic masterpiece that will leave viewers everywhere talking about it for years to come, Barry Jenkins delivers a tale of struggle and acceptance in the graphic drama Moonlight.

The onset of the film follows Chiron as a boy, referred to by his bullies as “Little” (Alex R. Hibbert). Little, who has recently run away from a group of neighborhood bullies, finds shelter in a drughouse. There, he is discovered by Blue (Mahershala Ali), a local drug dealer and future father figure. Blue leads Little out of the house, takes him out to lunch, and even allows him to stay over for the night.

Here, he meets Blue’s girlfriend, Teresa (Janelle Monáe), who asks Chiron where he lives. He, being of a quiet, shy nature, doesn’t answer and speaks little in general, demonstrating to the viewer his troubled personality. When Blue returns Little home, he is shocked to discover that Little’s mother, Paula (Naomie Harris), is one of his customers. This development complicates the plot, as Blue wishes to act like the father Little never had, while grappling with the fact that he is supplying the drug that’s destroying Little’s mother.

The film then shifts to Chiron as a teenager. At this point, his dealings with bullying, as well as his identity, have intensified. It is often said that people struggle the most to fit in during their teenage years. Little, or as he now called, “Chiron”(Ashton Sanders), is no exception. His struggles with sexuality, as well as with his troubled social life at home, and in school. His desperation to find acceptance leads him to confide in his childhood friend Kevin (Jharrel Jerome). However, even that comfort dissolves quickly, and soon enough, Chiron is pitched into the dark throws of life yet again.

When last we meet Chiron, he is a young adult and prominent drug dealer, referred to on the streets as “Black”(Trevante Rhodes). He is left remarkably changed in this stage of the film, having built a physical “shell” around him in order to avoid further emotional damage. Kevin (now played by André Holland) reaches out to Chiron, in an attempt to reconnect.

Moonlight shows what cinema, at its best, is capable of. It told a story with nuance, complexity, and honesty. It took our breath away.

The film’s ending, defined by a scene of forgiveness and atonement, captures an essence of human compassion unlike any other film. Barry Jenkins pulls from personal experience, as well as acting talent and a sophisticated screenplay to provide the viewer with a brilliant, relatable and socially-impactful film that could simply be described as spectacular.

Some viewers may be initially put off by difficult themes expressed in the movie. Ideas such as homosexuality, poverty, violence and drug use may deter them from watching this film. This, however, would be a grave misjudgement. Upon watching the film in its entirety, viewers will realize that it was well worth their time.

Messages presented in the film like love, caring and tolerance are a welcomed change in a world where movies too often focus on superficial qualities of life. In summary, Moonlight is a coming-of-age story about a boy often overlooked by society, struggling to find his place. Although Barry Jenkins’ film concentrates on the struggles and difficulties of one man, it can be argued that the message of the storyline is universal. A Golden Globe Winner and Academy Award nominee, Moonlight is sure to captivate and inspire audiences wherever it is seen.