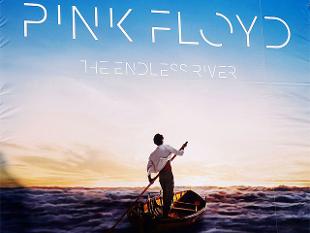 Pink Floyd has defined an era, a generation and a sound. Ever since the release of their first album, The Piper at the Gates of Dawn, the Pink Floyd members have been hailed as leaders in psychedelic, progressive and blues-rock. Few have never heard at least the choruses of a few of the band’s most famous songs such as “Another Brick in the Wall Pt. 2” and “Money.” Laced with political and social commentary, the music of Pink Floyd has become a staple of the youth since its inception.

On Nov. 7, the legendary band released what may be its final album. Titled The Endless River, which is the collection of previously unheard work recording during the creation of The Division Bell, the album has reached the almost unattainable greatness of becoming the most preordered album ever.

Gilmour and Mason have touted the album as a tribute to Rick Wright, who died in 2008. Due to this, some parts of the album are works from 1993, whereas others were rerecorded.

After a listen-through, one would definitely find an appreciation for the album. Bordering between the sounds of an extremely ambient Tangerine Dream album and an extended solo, each song brings forth a different piece of clearly recognizable Pink Floyd material. Within the double vinyl format, each short song is a sampling of what Pink Floyd has been known to do. The occasional steel guitar rushes and the bursts of noise bring back memories of Animals, a politically charged album.

“Sum” successfully incorporates the pedal steel guitar, as well as synthesizers to please listeners, both young and old. The sound is almost mechanical, but in a good way.

On the other end of the spectrum, songs like “Anisina” become vibrant with emotional moments full of airy saxophones and warm piano tones. Even the guitar solo has a much softer feel, and almost sounds like a cry.

“Louder Than Words” manages to find a captivating ending to this exciting record. Featuring Gilmour’s vocals, a choir and a fair amount of ambience, this song brings the album to a close.

Overall, The Endless River is as enjoyable as many of Pink Floyd’s other albums. It is not for everyone, due to the long and ambient sections, odd format and extended solos, but each person can definitely find at least a part that appeals to them.