One Direction wins big at AMAs 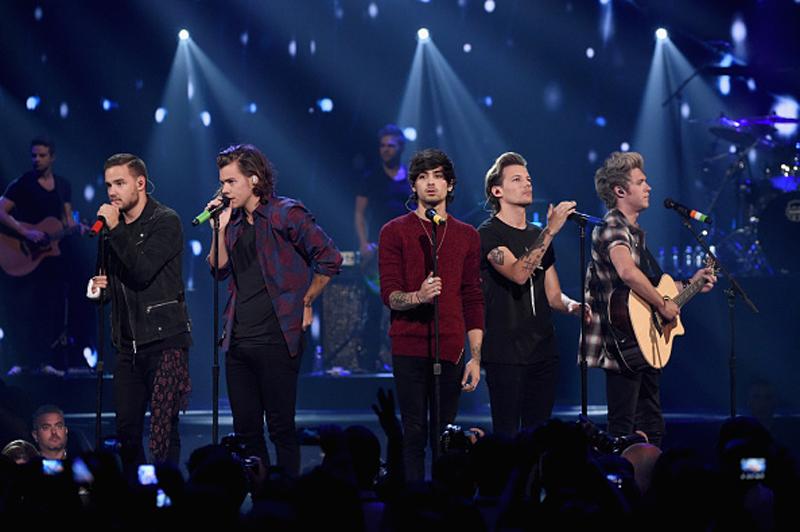 Created in 1973 by Dick Clark, the world’s largest producer and television proprietor continually brought a distinct American awards show to the nation until his unfortunate death in 2012. In honor of the great legend, the AMAs implemented a Dick Clark Award of Excellence for the first time this year. The award was presented by musical icon, Diana Ross, and granted to beloved teen star and female-trailblazer Taylor Swift.

“I’m just so blown away to have just received an award from Diana Ross, who over the course of her career stood up for herself so many times in a time when it was not popular for a woman to stand up for herself,” said Swift in her award acceptance speech.

Internationally renowned boy band, One Direction, won a grand total of three awards at the show including: Artist of the year, Favorite pop/rock band and Favorite album, for its third record “Midnight Memories.”

Katy Perry, a respected veteran of the pop world, won AMAs for both Single of the Year and Favorite Adult Contemporary Artist.

Several stellar performances were given throughout the American Music Awards, from international to domestic stars in diverse fields of music.

Starting off the night was Taylor Swift with her current number one single “Blank Space.” As per usual, Swift delivered an energetic performance, which was unanimously well received by her large fan group.

Returning from a hiatus, the new mother, Fergie, hit the AMA stage looking better than ever. Fergie performed her new single “L.A. Love,” with an introduction by her husband, Josh Duhamel. While Fergie did suffer a wardrobe malfunction, she still managed to deliver a stellar performance.

Selena Gomez delivered the most heart-wrenching performance of the night, crying out with her emotional new hit, “The Heart Wants What it Wants.” Gomez touched the hearts of other famous celebrities in the audience, even causing pop culture mogul Taylor Swift to cry.

Closing the night with a vibrant and exhilarating performance was Jennifer Lopez with her catchy hit “Booty,” featuring Iggy Azalea. Lopez went through show-stopping dance numbers, as well as various outfit changes, making her performance the highlight of the night.