Junie B. Jones lives on 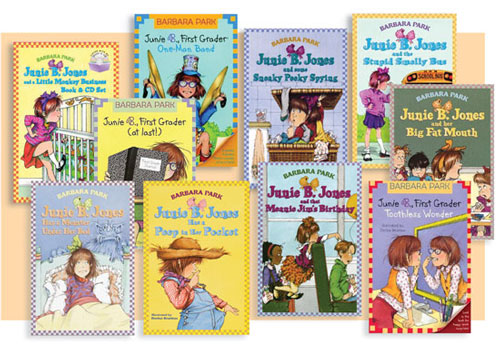 Park, through her loudmouthed five-year-old character, Junie B. Jones, has helped millions of children get through the often awkward stages of childhood, adding a necessary light hearted and comical flare, which makes these books a must read for young children. The series addresses several issues that children undergo while growing up, working in emotions that every child can understand rather than through the obvious inclusion of morals.

Scared for the first day of school? Junie B. Jones can help with that. In Park’s very first Junie B. Jones book, Junie B. Jones and the Stupid Smelly Bus, Junie B. Jones is terrified of getting on the school bus. In fact, she is so terrified that when it is time to go home, she doesn’t. Junie B. Jones reassures children starting new schools all over the world that having anxiety about a new experience is normal, and that everyone can make it through, even her.

Feeling jealous towards a sibling?  In the book Junie B. Jones and a Little Monkey Business, Junie B.’s best friends would rather be around her baby brother than spend time with her. Older siblings can relate to Junie B. Jones as they feel a sense of lesser importance once a new child arrives in the family. This book is a great way for children to know that they are still loved, regardless of being the oldest or youngest sibling.

Ever worked so hard for something and it doesn’t pay off in the end? In Junie B. Jones and the Yucky Blucky Fruitcake, Junie B. declares that she will win everything at the carnival, having grown accustomed to winning because she always wins with her grandfather. This situation demonstrates the shocking reality and a blow to the ego when kids realize that winning isn’t always feasible. Junie B. lets kids know that winning isn’t everything, and losing is simply a part of life.

Barbara Park, through her comically messy character Junie B. Jones, has left a lasting impression on people of all ages who have been able to grow up reading and relating to Junie B.’s life. Barbara Park really captures the voice of curious little children through Junie B. Jones in all her hilarity.  Now, Barbara Park is deceased, however her Junie B. Jones books will live on for generations to come.