Food Network and Fox exhibit the talents of young chefs 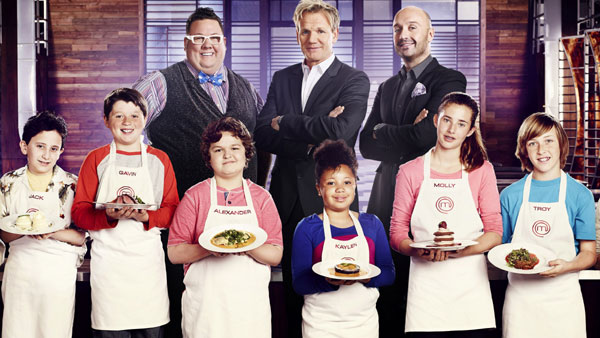 Food Network and Fox have recently been taken over by all new cooking shows. Not only are adults cooking for victory and a valuable prize, but also kids are doing so too. Shows such as “MasterChef Junior,” “Chopped Teen Tournament” and “Kids Baking Championship” now allow kids and young adults to go into cooking challenges and competitions to battle for prizes and money. These shows are broadcasted to attract younger audiences to Food Network programming.

Many people enjoy watching shows that depict children participating in televised challenges because it gives other children the hope that they can achieve their own dreams.

Noah Shalit (’17) said, “Since I was three, I have always watched cooking shows with my mom… I never imagined I would be able to cook like the people on the shows until I was much older.”

Shalit said that he now watches these shows once and awhile and even helps his mom out in the kitchen. He has been inspired by the children on the televised cooking shows to try and cook himself.

These new shows that feature younger and less experienced children and teenagers inspire and prove that anyone can achieve a goal if he or she puts his or her mind to doing so. Children are now attempting to cook their own meals and assist their parents in the kitchen.