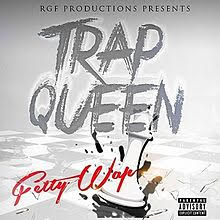 In today’s world, the common music listener looks for a catchy song that he or she can listen to at any point in the day. The perfect song to fill this criterion is “Trap Queen” by Fetty Wap.

“Trap Queen” is a combination of Pop and Rap and includes a very catchy rhythm and beat. The lyrics are simple and it is easy for the listener to catch on.

Fetty Wap is a 24 year old rapper from Paterson, New Jersey. This song has provided him with an outpour of positive reactions and has put him onto the world stage.

This big break is huge for Fetty Wap because he struggled his whole life. Born into a tough situation in a housing project, Fetty Wap found comfort in music. At a young age, he suffered from congenital glaucoma in both of his eyes and doctors were unable to save his left eye. Considering his challenging past, this popular single has really helped out Fetty Wap.

Currently ranked at number five on iTunes top songs chart, “Trap Queen” is being played constantly throughout the world. Fetty Wap’s unique rapping style and sound provide an interesting listening experience that is pleasant to the ear. The song has also amassed over ten million views on SoundCloud.

Fetty Wap’s goal when entering the music industry was to “do something different” and he definitely achieved this with his single. “Trap Queen” is unlike many songs and is one of the catchiest songs around. It can be played at any time and any place, while still being a high quality song.