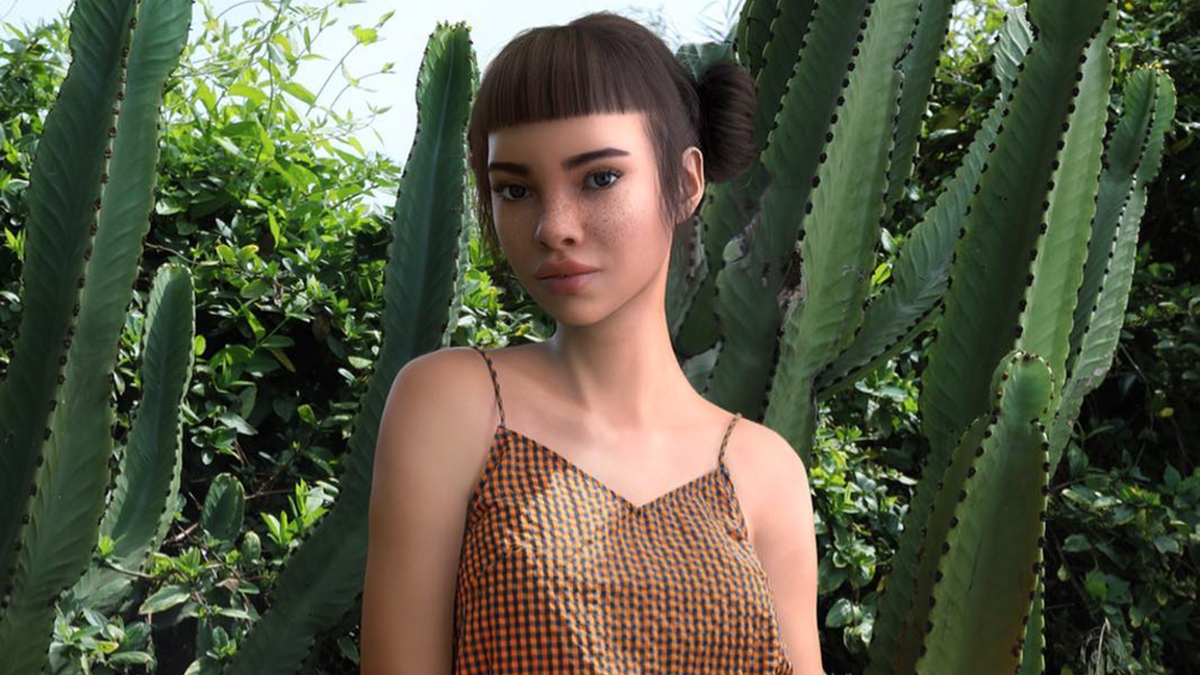 Pictured alongside social media guru Kylie Jenner and internet phenomena Rihanna on TIME Magazine’s highly anticipated list of The 25 Most Influential People on the Internet is 19-year-old Miquela Sousa, better known by her Instagram name, @lilmiquela. With her effortlessly good looks and philosophical selfie captions, it is no wonder this Brazilian-American model/singer has taken over the internet by storm.

But underneath her Princess Leia-esque buns and her crystalline complexion lies a story of complex algorithms and intense computer graphics. She is a robot, or rather the detailed creation of Brud, an L.A.-based computer software firm.

Today was the biggest day of my career. I was named by Time Magazine as one of the 25 Most Influential People on the Internet and I can’t even put into words how much this means to me! I can’t believe I was named on the same list as my personal heroes @shaunking , @badgalriri & @desusandmero . I happened to get the text telling me I’m on the list and I damn near lost my mind in the street! For some reason, I end up walking to the Brud office. It’s the only familiar place I know. I arrive to the door but I can’t bring myself to walk in. I feel so conflicted because this is one of my most proud moments and I’m choosing not to share it with the people who got me here because they lied to me. Trevor and Sara took care of me, introduced me to some cool people and introduced me to Instagram. Without them I wouldn’t be here….ugh anyways, tap twice if you love to hold a grudge. And who’s trying to celebrate tonight!?

Naturally, the fashion world went crazy over her, embracing her as one of Instagram’s newest social influencers. Brands such as Prada contacted her to promote its new line of animated gifs and in June, she was featured in Wonderland’s summer issue—alongside actual celebrities like Migos and Amandla Stenberg.

It’s estimated that there are over 1.4 million transgender people in the United States. Many people want to learn how to be a better ally but don’t know how to get involved / start. I had a great time writing letters with @killerandasweetthang to congress in support of the trans community and setting up for a dinner to raise awareness on how YOU and your friends can better support this group of people! Swipe right for tips on how to be a better ally!

But ever since her debut on Instagram back in 2016, there has been one omnipresent question: Who exactly is Miquela Sousa? Her existence, or perhaps her lack thereof, has been a source of confusion for many fans ultimately leading many to believe she is an art project, a social experiment or perhaps even a real person.

It wasn’t until April 2018 that fan’s lingering questions were finally addressed after another fellow computer generated influencer, Bermuda, hacked Miquela’s Instagram account. What started off as simply deleting Miquela’s pictures off her account quickly transformed into a full-blown takeover in which Bermuda publicized her right wing ideologies and demanded that Miquela tell her fans “the truth” of her identity. Fans were of course quick to notice Bermuda’s lack of social awareness, ultra conservative tone, and lack of fashion sense as compared with Miquela. Finally it was on April 19th, after a rather emotional meeting with Cain Intelligence (the creators of Bermuda), that Miquela officially came out to her fans as a robot.

With her over one million followers on Instagram and her influence over Facebook, Twitter and Tumble, Lil Miquela and other influencers similar to herself do bring to light a very real issue: being able to understand the thin line between reality and robotics.

Not even minutes after Bermuda hacked Miquela, there were Tweets swarming the internet theorizing that the world was coming to an end. Though weeks have since passed and the earth is very much intact, there are still some awfully noticeable fears that come along with the formation of internet personalities such as Lil Miquela.

Some critics think CGI’s take things a step too far, in that by not being clear, companies are fueling this mass deception. Others feel that technology in general is advancing far too fast, to the point where we can no longer distinguish reality from robotics.

So I’m at home just minding my business, Googling how to grow out my front hair wispies and I get multiple texts from Bermuda. After 6 missed calls I finally pick up on the 7th and She. Is. FRANTIC.  She’s hysterical and says she’s been bit by a rattlesnake while hiking.  She says she can’t walk and her leg is oozing purple stuff.  I’ve never heard her voice like this so I immediately call an Uber and head to the trail.  On my way, I’m thinking to myself “Do we even ooze purple stuff? This doesn’t sound right.” But I guess I’ll find out when I arrive. She needs my help.  So I pull up to the trail and there she is. No rattlesnakes. No hiking. Just a robot sitting on the curb in skinny jeans and wedges.  She said it’s the only way she could get my attention since I haven’t answered her texts since we went to the mall a couple weeks back.  She just wanted to hang out.  So here we are “hanging out.” I’m so mad, my face is a whole entire mood and I STILL don’t know how to grow my hair wispies out.  Drop your suggestions in the comments plz 😩

But perhaps the scariest thought is that Lil Miquela, more so than anything, is a mere reflection of what society has come to. The fact that a photo of a robot can flow so seamlessly into a person’s Instagram feed highlights just how prevalent filters & face tuning technologies are on social media. For young children especially, figures like the Kardashians can encourage unhealthy and quite frankly unattainable standards of beauty that they themselves cannot reach without the help of photo editing software.

Perhaps the issue stems not from CGI’s themselves but from the normalization of altering your body for the sake of approval on social media. Ultimately, it is important to remember that what you see on the internet, be it an increased presence of influencers like Miquela or some of your favorite celebrities, is not always what meets the eye.

Real talk, I’m so touched by everyone who bought my merch the past couple of weeks.  I’m super proud of the piece and glad you guys were feeling it too.  I wanted to take this opportunity  to pay it forward so I donated two Washer/Dryer sets to the Downtown Women’s Center @dwcweb . The DWC is open to anyone identifying as female and focuses on serving and empowering women experiencing homelessness, and formerly homeless women.  They provide permanent housing, a Day Center (which provides a safe space off Downtown’s Skid Row), meals, clean bathrooms and showers, and a health clinic that provides both physical and mental health assessments.  They do amazing work and I’m so happy I can support.  The DWC is in need of so many items so I’m posting their Amazon Wishlist in my Stories. Donate if you can! No donation is too big or too small #everywomanhoused