Entourage disappoints with a movie adaptation 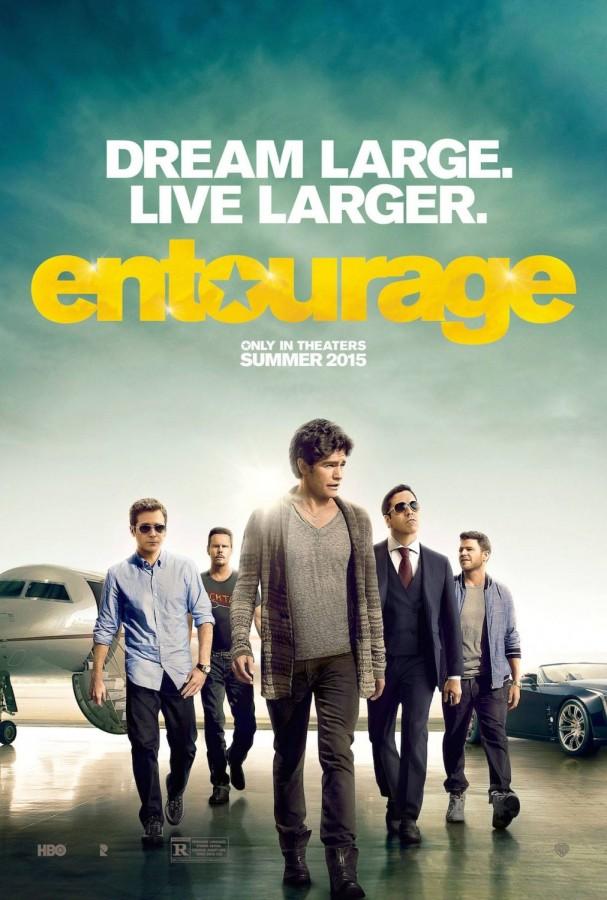 In 2004, the pilot of the television show Entourage aired. The show follows the life of the up-and-coming actor Vincent Chase, who was portrayed by Adrian Grenier, and his entourage as they get accustomed to the life of fame. At its peak the show was critically acclaimed and spanned for eight seasons, ultimately airing its final episode in 2011. Recently, a film adaptation, of the same name was released. The film adaptation is supposed to be a continuation from where the final season ended. After watching the movie version of Entourage, only one thought comes to mind: this movie was a mistake.

The problem with the movie is that it is not a movie at all, but instead an elongated television show. Watching the movie, it felt as if somebody had made a ninth season of the show, and then attempted to squeeze it all into an hour and a half time slot. Over its eight seasons, the show had maintained a certain structure. Throughout the seasons there was an overall plot that related to every episode, while at the same time there were also multiple sub-plots that were usually resolved within one episode itself. It seems like the writers of the script attempted to maintain the same structure of the show for the movie; however, this was a strategy that ultimately ruined the film. As a result of trying to keep the same structure, the movie was riddled with unresolved subplots, and many of the actors gave subpar performances because they were not able to act to the best of their abilities.

However, this movie was not completely a disaster as there were many good aspects to the film. One of the appeals to the show was the way it portrayed the life of the rich and famous. The television show portrayed the rich and famous as having a glamourous life. After one watched an episode of Entourage, one could only yearn to live the life that Vincent Chase lives. The movie adaptation successfully imitates this specific aspect of the show.

Overall, the movie had the potential to be very well executed, but was not. The actors all had great performances, but ultimately a poor script ruined the film. Entourage is a movie that should have just stayed as a television show.