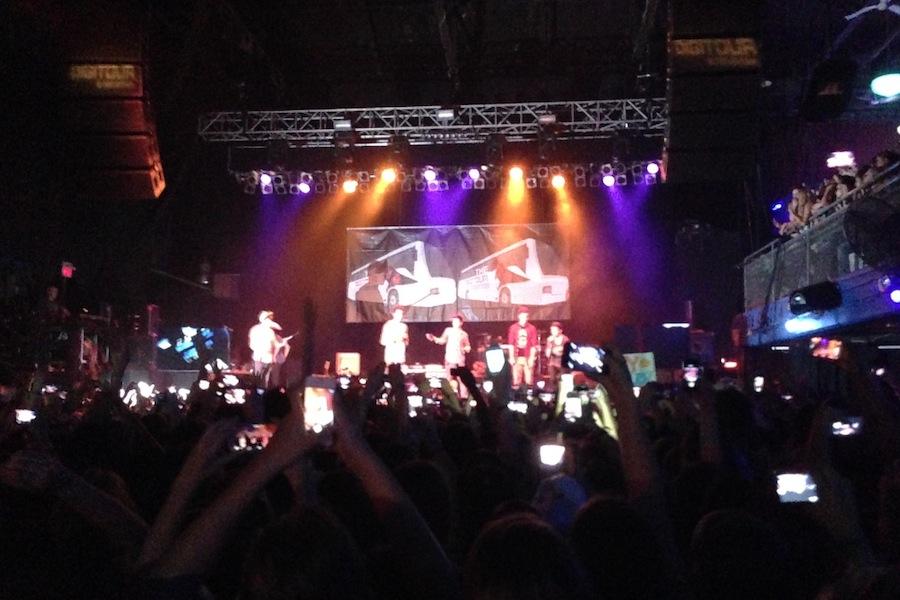 Digitour took place on Friday, October 5, held by the Electric Factory in Philadelphia. Digitour is the world’s largest social media festival, with over 13,000 attendees this past year. It is a several-week tour of musical acts made popular on YouTube.

Performers like 02L, Luke Conard, Zoella, Sawyer, Jack and Lohanthony were all present at this specific Digitour show. Each of these artists became famous by posting their work on one of social media’s largest websites, YouTube. Each show is varied with its performers, but a majority of them are the same.

Philly’s Digitour was set up as a concert, with different artists performing on a stage. The Electric Factory was packed to the brim with ecstatic, screaming fans, consisting of thousands of teenage girls. It was standing room only, so every time a group of people went to the bathroom, everyone else would see it as their chance to get closer to the stage.

“We didn’t go just to see them, we went to meet them and take pictures with them, and we did,” one starstruck fan said.

These fans were obviously very loyal, as they knew every word to every song, and knew everything there was to know about each performer. The show was extremely successful when it came to pleasing the crowd.

The show lasted for about three hours and was hosted by 02L. The set included everything from original musical performance acts, to covers, to games, relay races and Question and Answer sessions. Digitour then traveled to New York City with a new line-up, a new venue and a new audience.