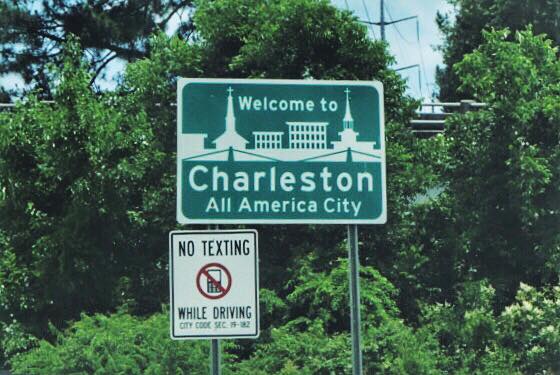 Courtesy of Talk Of The Trains

Last week, I visited Charleston, South Carolina. Located 685 miles from the heart of Cherry Hill – which translates to a 12 hour drive – the city is a prime example of how culture can vary not only from country to country, but even from within one nation.

Behavior: Walking down the streets of Charleston, which is South Carolina’s largest and oldest city, New Jersey residents like myself are certain to notice one (creepily) obvious detail: the quiet.  At a fireworks display with over a thousand people in attendance, I only had to whisper to be heard.

Visitors and residents alike all quietly go about their business stuck in what seems to be a sleepy, wondrous stupor, enchanted by the city around them. Pedestrians don’t jostle each other through narrow passageways. Cars honk politely at each other, only as quick and friendly reminders that the light has turned green. Coming from a town close to cities where drivers have their hands broken into permanent middle fingers and the gas pedal seems to be attached to the horn, this sleepy town was a refreshing change of pace.

Dining: Speaking of pace, “fast” doesn’t exist in the south. Waiting thirty to forty minutes for food is not out of the ordinary. If you order a drink, expect it to come only a few minutes before the main course. However, the food itself more than makes up for the wait. In my week in the South, I ate foods more decadent and delicious than anything I have eaten within 50 miles of Cherry Hill. Crispy buttermilk fried chicken paired with creamy mac and cheese on one day, and the freshest fish I’ve ever had served with oysters the next. Charleston, a harbor city, is known for its fresh seafood. 167 Raw, a restaurant on East Bay street that I visited on the second day, featured oysters so delicious they made my sister’s friend – whose diet usually consists of chicken fingers and Kraft mac and cheese, compliment the restaurant endlessly.

Mannerisms: The common practice of saying “ ‘Murica,” with a thick Southern accent is a joke northeastern Americans use to poke fun of our friends below the Mason Dixon line. Personally, I always believed that it was just a stereotyped embellishment of the Southern accent, which surely could not be so ridiculous. That is, until I heard a middle-aged, camouflage-adorned man with a beer belly that would make Samuel Adams weep tears of joy say the word “Murica” in a tone so natural it may well have been written across the brim of his (also camouflage) hat.

I was called “darling” and “sweetheart” more in the span of a week than I have been in my entire life. The majority of people I encountered in South Carolina were sweet, well-mannered and conversational. It would not be unusual to strike up a conversation with someone ahead of you in the line at Walgreens (there’s no Wawa) or on the corner of the street. Although people in the greater tri-state area are not in my experience outwardly rude, they do not seem to have the genuine interest in the lives of complete strangers like the residents I saw down in Charleston.

All in all, traveling down South was certainly an eye- (and stomach-) opening experience that gave me a new perspective on how culture is not something set in stone. Rather, it is defined by the people that strive to make their area of the planet feel like home.