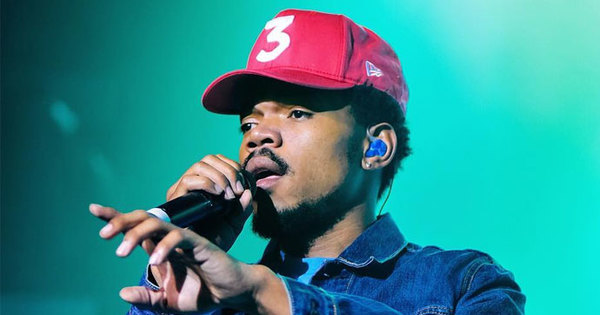 After Complex named Chance The Rapper as the Best Rapper of 2016, Underground Editor, Jared Fisch (‘18), who happens to be a huge fan of the newly crowned king of the rap world, decided to rank his top 25 songs. Check them out below and tweet @EastsideOnline or @_swedishfisch_ to share your opinion and join the conversation!

I would have never expected Chance The Rapper to experiment in the “Electronica” genre, but boy am I happy that he did. Chance The Rapper and Tinashe assist Snakeships to create an anthem about clubbing and drinking too much. Along with the catchy Chorus, Chance The Rapper adds bars to the mellow beat to just squeeze into my top 25.

Here we see an extremely soft side of Chance The Rapper. Although Chance The Rapper only has the chorus in this song, it still is enough to clinch my top 25 because I like how he goes out of his way to throw a verse or chorus to some lesser known rappers on the come up. Superduperkyle, whom I covered previously Artist Profile: Kyle, is a perfect candidate to be paired with Chance The Rapper. I couldn’t be happier with this collaboration.

Sticking with songs Chance The Rapper is featured on, we reach number 23 on my list. Chance The Rapper brings one of the hardest verses I’ve ever heard on a pop song. He comes in with this fire line as the beat drops, “Show me love when I pop out, when I pop out/City I always talk ’bout, what I rap ’bout”. This song finds itself in my top 25 simply because I could listen to his verse over and over again.

“Somewhere in Paradise” is single handedly my favorite single from Chance The Rapper. As usual, his rhymes are fire, but here he adds Donnie Trumpet & The Social Experiment to get the groovy flow Chance The Rapper fans like me die for.

A fairly new single from Big Sean immediately draws listeners in with the beat. Jeremih was the perfect choice for this chorus and off course the addition of Chance The Rapper is a no-brainer. This song definitely has me hype for Big Sean’s upcoming album I Decided.

Chance The Rapper partnered with Jeremih to release a surprise, Christmas themed mixtape just four days before this past Christmas. The first song of that mixtape, “All The Way” finds itself at number 20 on my list for two reasons…the fact that it was a surprise and the fact that it will have you bopping your head approximately nine seconds into the song.

Continuing with another hit from Merry Christmas Lil’ Mama, “Stranger At The Table”, Jeremih and Chance The Rapper express their loneliness come Christmas time by putting a spin on “I Want You Back” by The Jackson 5. The song starts with some catchy snapping and the familiar sound of Christmas ornaments jingling in the background but eventually the beat kicks in and the snapping turns intensifies into hi-hats. All in all, this song is must have on any Chance The Rapper fans’ Christmas playlist.

The chillest song from Chance The Rapper’s most recently released mixtape, Coloring Book has a sense of nostalgia. In the laid back track, Chance The Rapper reminisces on his summer days on the Southside of Chicago (West Chatham, specifically). The song takes a look back on his days growing up on 79th street and how “summer friends don’t stay”. The song has a deeper message and is an outcry to clean up the streets because too many kids become the victims of senseless murders.

While yes, “Juice” is the most popular song off of Chance The Rapper’s second mixtape, Acid Rap, I only have it ranked at 16. Before you angrily tweet at me or try to find me in the hallway in an attempt to convince me this should be ranked higher, hear me out. I love this song, I really do. Chance The Rapper drops bars in his verses and the chorus is catchy but I find that it is overrated and overplayed and there are other songs of his that deserve more artistic credit. Otherwise, the song is an awesome “pat on the back” from Chance to Chance for finally “making it” in the rap game.

Chance The Rapper sprinkled big name rappers throughout Coloring Book and it definitely benefited him. Future completes this song. While the song may seem like Chance The Rapper and Future are literally asking for a “smoke break”, and it may seem like they are referring to marijuana but in fact, it is much deeper than that. The two rappers come together here to talk about relationships. This “smoke break” Chance The Rapper alludes to is simply him saying that he needs time to himself in his relationship. Remember kids, this song is about relationships, not weed…as Mr. Mackey from “South Park” would say, ”drugs are bad m’kay”.

The most popular song from Coloring Book takes shots at record labels. Chance The Rapper is here to stay, whether he is on a label or not and for now…he’s not. The song blew up and brought tons of attention to the mixtape (Chance The Rapper even performed it on The Ellen DeGeneres Show) but my ranking does not credit that. I find the song to be very catchy and send an important message for independent rappers but simply, I could not find room for it in my top ten.

Bringing it back to Acid Rap, Chance The Rapper adds Ab-Soul to create a catchy masterpiece. This song has some of the best punchlines in Chance The Rappers repertoire. Unlike, “Smoke Break” this song seems to be talking about smoking. The message seems to be Chance The Rapper needs to smoke as soon as possible because he is busy and has stuff to do. I rank this in my top 15 for its witty lyricism and catchy feel, not for its suggested marijuana usage…I don’t condone that.

Here, Chance The Rapper exhibits his religious side with the opening two minutes and 45 seconds of choir, but once he goes in…he goes in. There is a funky feel to this song with the magic of Chance the Rapper’s rhymes although Jay Electronica hits me with my favorite lyric in the song, “I was lost in the jungle like Simba after the death of Mufasa/No hog, no meerkat, hakuna matata by day”. This song combines the almost-perfect mix of choir and rap (if there was a bit less choir, the song might’ve ranked higher on my list).

Welcome to my top ten favorite Chance The Rapper songs. At number ten we have “Angels”, a reflection on Chance The Rapper’s roots…Chicago. He brings fellow Chicago-native, Saba to tell the story. My favorite lyric from the song, “I ain’t change my number since the seventh grade/This for my day one, ten years, seven days”, shows how he is still connected to his roots and keeps in contact with those whom he grew up with. Bringing it back to his childhood, Chance The Rapper adds lyrics like, “Got us scared to let our grandmommas outside” to show what kind of an environment he grew up in. A line like that paints the picture of what it was like for Chance The Rapper to grow up in Chicago.

Chance The Rapper drops the hottest opening verse on this song which alone is deserving of a top ten spot on my list. “Chance, acid rapper, soccer, hacky sacker/Cocky khaki jacket jacker/Slap-happy [explicit] slapper/Iraqi rocket launcher/Shake that Laffy Taffy, jolly raunchy rapper”. The rhymes are endless in this song which makes it another classic Chance The Rapper song.

Tongue twisters like, “Swallow them synonyms like cinnamon Cinnabon/Keep all them sentiments down to a minimum” bring “Everybody’s Something” to number 8 on my chart. Not to mention, the chorus is catchy and has a feel-good vibe that exclaims “Everybody’s somebody’s everything”. Something that makes Chance The Rapper and this specific song so special is the fact that there are three Chicago kids working together to do what they love. It’s great to see Chance The Rapper stay in touch with his roots and incorporate fellow Chicago artists.

The upbeat raps with awesome hooks and rhymes make this song a top ten contender. From the start, Chance The Rapper hits listeners with tight rhymes and fast lines that come together for a solid opening.There is no better song than this to be the intro for Acid Rap. That’s what makes that mixtape so great, it’s amazing from start to finish. Many albums or mixtapes start with a fairly uneventful intro but here, Chance The Rapper hops right in.

Fresh piano keys open up the track as Chance The Rapper waits to hop in. “Prom Night” sits just outside of the top five but not without a fight. The piano in the background is magnificent along with some of my all time favorite Chance The Rapper lyrics such as, “They send my ass to summer school, don’t call it a comeback/I just came to beat a bully’s ass and get my lunch back”. This song about Chance The Rapper’s experience with his prom night is a masterpiece deserving of acclaim.

The melodic beat drags the listener in but the magical lyrics present the tale which is nothing more than a drug induced love story. The hook sums up the song pretty well, “My druggy/Love me/When I’m ugly/Hug me/When I’m bummy, scummy/I’m your hubby/Let’s get lost, let’s get lost”. I rank this in my top five because of its mesmerizing beat and its captivating lyrics.

Vic Mensa hops on the track from the start and absolutely kills the first verse. Following, Chance The Rapper provides a smooth chorus. He follows up his own chorus with a fire verse including intelligently crafted lyrics like, “Market him, tell him that he’s buzzing like a game of operation with Parkinsons”. Vic Mensa most definitely helps this song make it to number four on my list but nonetheless it’s absolutely crafty lines and hair-raising beat are nothing less than marvelous.

This song which is seemingly split into two separate songs combines an upbeat rap followed by a mellowed out counterpart. Chance The Rapper shows his sense of humor in this song by poking fun at himself in the verse with, “Still the same damn ad-lib: IGH!, old ways”. His famous ad-lib modeled by many (including myself…I think I’m pretty good at it) can be found in many of his songs and here he even scoffs at it. A silent pause splits “Pusha Man” and “Paranoia” and a complete mood change occurs. “Paranoia” is chilled with a much slower beat than that of “Pusha Man”. The two halves of this song (both incredible in their own respects) combine to be placed as my second favorite Chance The Rapper song.

As I’m writing this, I just realized Vic Mensa is featured in two of the top five songs…hmmmm. Anyway, if you’ve read my list and have awaited my top pick or if you’ve merely skipped to number one, you made it. “Cocoa Butter Kisses” tops my chart for favorite Chance The Rapper songs. He sends a message about his manhood and how he misses his cocoa butter kisses, referring to his mother’s kisses. The song has a polished beat with even shinier lyrics from all three rappers on this song. This song combines all of Chance’s elements including his classic ad-libs, toe-tapping beats, swindling lyrics, fantastic choice of features and a message behind it all. Chance The Rapper is a magician with his words and he displays his best trick here.
Thanks for checking out my top 25 list of Chance The Rapper songs! Don’t forget to share your thoughts on twitter (tweet @EastsideOnline or @_swedishfisch_).