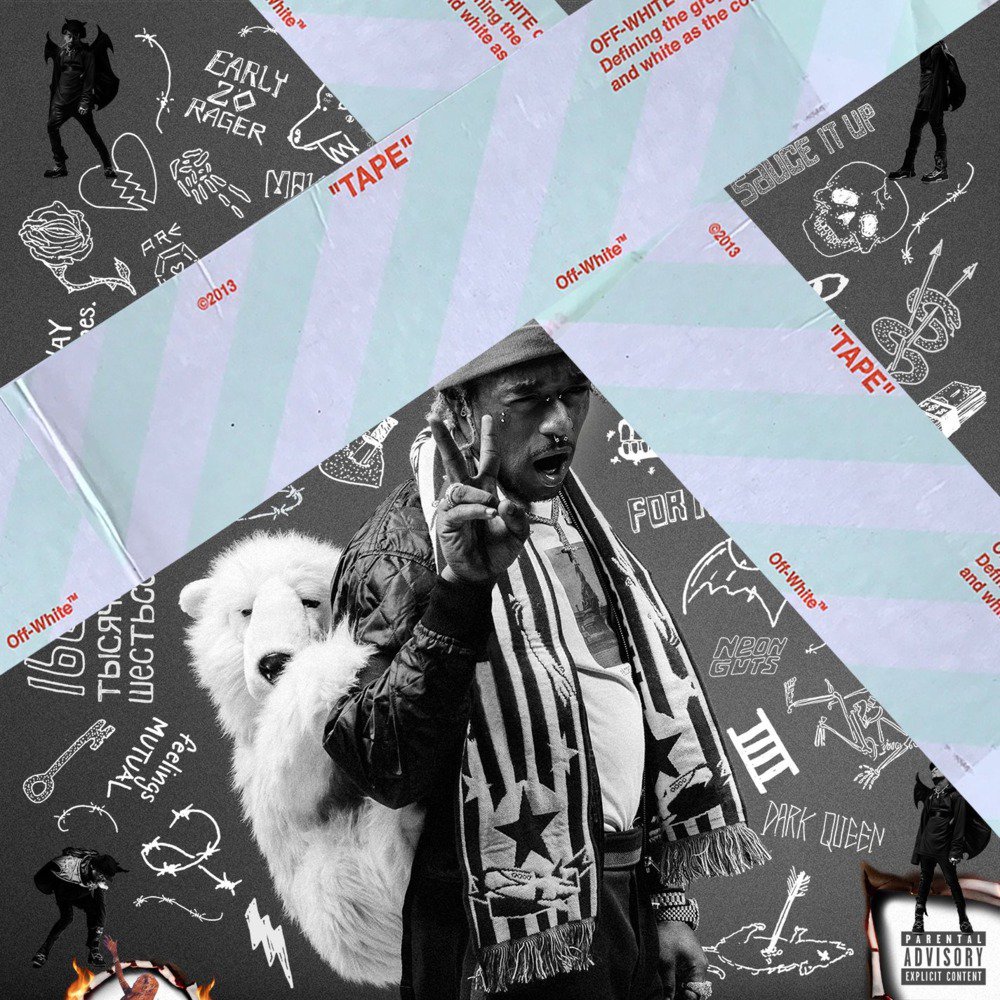 Uzi’s highly anticipated Luv Is Rage 2 has some bangers. Uzi’s classic auto tuned voice hasn’t changed but he has added some new flows that definitely bump. “444+222” is one of those new flows. It goes hard with the beat and is a total head rocker with its chorus, “ Breathe in, breathe in/Breathe out, shake that [expletive]/Speed up, go fast/Slow down/Breathe in, breathe in/Breathe out, shake that [expletive]/Speed up, go fast/Slow down/4, 4, 4, 4/4, 4, 4, 4/Million on me, JAY-Z/Count up, [expletive] [expletive], pay, me.” My favorite track on the album, one that I can’t get out of my head and one that I have on repeat is “Neon Guts” with Pharrell Williams. The beat on this one is great. I think this is one of Uzi’s best lyrical songs. I would’ve never thought Williams’ smooth voice would go well with the whiny, raspy, auto tuned voice of Uzi, but it is truly a masterpiece. Overall, the album has plenty of jams…Lil Uzi Vert continues to dominate the rap game whether you like it or not.

Now we take it from the new generation of rappers like Lil Uzi Vert and Lil Yachty to the old school type of rap. A$AP Mob put together the best rap group album I’ve heard in years, Cozy Tapes, Vol. 2: Too Cozy. The album opens with a hilarious skit, “Skool Bus.” It is basically a roast session between two guys on a school bus. The punchlines and roasts are so funny that you feel like you are there watching these two guys go back and forth. Following “Skool Bus” is “Perry Aye.” The song opens with an unrecognizably deep voice that happens to be Jaden Smith. Following Smith’s chorus, A$AP Rocky goes in as usual. The following song “Please Shut Up” has  a blunt chorus that chants “please shut up” over and over. Paired with the beat, it is lowkey fire. A$AP Rocky adds his verse to spice things up as usual. Then you can hear the classic “burr” from Gucci Mane as he delivers his verse emphatically. Skipping ahead to my favorite song on the album, “Frat Rules.” The flow of the song is prominent and that’s what draws me in. Playboi Carti adds to the track with his echoed chorus. The cherry on top is the combination of A$AP Rocky and Big Sean on the verses. Two different voices and styles of rap come together to make something beautiful. Cozy Tapes, Vol. 2: Too Cozy is what I like to call a traditional rap album because it takes you to the classic days of rap when a bunch of guys would come together and put out hot music.

Onto something way more laid back. Daniel Caesar popped onto my radar recently with his single “Get You,” a beautiful, slow track reflecting on relationships. The love song will definitely make you feel some type of way with its slow rhythm and meaningful lyrics like, “Every time I look into your eyes I see it/You’re all I need.” The R&B/Soul artist released his album, Freudian with “Get You” as the opening song. From there, the album is average at best. His other songs are good but nowhere close to “Get You.” If you are looking for a chill vibe with that special someone, throw this album on.

A short EP from MadeinTYO, True’s World is meh. There really aren’t any standout tracks on this short project. Quite honestly, I was disappointed with this EP considering MadeinTYO has put out some bangers such as “Uber Everywhere” and “Skateboard P.” With all of this new music to listen to, I would save your time and skip over this EP.

I’ve never really delved into the world of Action Bronson so don’t take my opinion for his new album, Blue Chips 7000. Bronson’s voice is an acquired taste, like a dab of wasabi. His voice is raspy and scratchy, but if you like that, you’ll like the album because the flows and rhymes are pretty solid. I personally don’t find his voice pleasing to the ear, so I’ll pass on this album and move on.

Here is an interesting one. Many know him for “Look at me!,” the song that is full of screaming and obscenities but XXXTENTACION took a different turn than expected with his new album 17. The album opens with “The Explanation” which is simply XXXTENTACION talking to his audience describing that the album is “my collection of nightmares, thoughts, and real life situations I’ve lived.” He tells the listener that “By listening to this album, you are literally, and I cannot stress this enough, literally entering my mind/And if you are not willing to accept my emotion and hear my words fully, do not listen/I do not value your money/I value your acceptance and loyalty/Here is my pain and thoughts put into words/I put my all into this, in the hopes that it will help cure or at least numb your depression/I love you/Thank you for listening/Enjoy.” The song that follows is entitled “Jocelyn Flores,” and it is an unexpectedly slow song. The song is deep…XXXTENTACION raps about the depression and ultimate suicide of his friend Jocelyn Flores. The lyrics are filled with pain, “I’m in pain, wanna put 10 shots in my brain/I’ve been trippin’ ’bout some things, can’t change/Suicidal, same time I’m tame/Picture this, in bed, get a phone call/Girl that you [expletive] with killed herself/That was this summer and nobody helped/And ever since then, man, I hate myself/Wanna [expletive] end it, pessimistic.” The next song is no happier. Titled “Depression & Obsession,” XXXTENTACION sings softly over the strumming of an acoustic guitar about his obsession with his ex girlfriend. The album continues on slowly and painfully. It is truly something I did not expect from XXXTENTACION but it is nice to see this rawness and pain come from him. Don’t be mislead and don’t judge a book by it’s cover because you will be surprised with 17.

BROCKHAMPTON, a rapper I had never heard about until I came across his new album, SATURATION II on Apple Music. The album opens with “GUMMY.” The gentle strumming and uplifting sounds that would be accompanied by a sunrise in a movie are interrupted by an alarm and that’s when BROCKHAMPTON. The beat is not very pleasant on this track and is an instant turnoff. Unfortunately, I could not find a single song on this album that I enjoyed so if you want my advice, go ahead and skip this album.

After seeing A$AP Ferg on my favorite show on YouTube, First We Feast’s Hot Ones with Sean Evans, I was excited to give his new project, Still Striving, a listen. “What Do You Do” with Nav is a very sexual song that I would not advise listening to if you have children in the room but the beat does bump and the slow rate of raps goes well. I’m a fan of this song and I’ve grown to like Nav recently even though his auto tuned voice sounds like that of a low budget SoundCloud rapper.

Moving on to Kodak Black’s Project Baby 2. I’m not a fan of this new project from Kodak. This album ranks nowhere near his 2016 album, Lil Big Pac. If you want good Kodak, skip this album and go back to his older music.

Dave East was another unfamiliar name to me and his name will remain distant from me for now. Paranoia: A True Story didn’t give me any standout tracks besides “Maneuver” with French Montana whom I like. The song is good with a classic trumpet in the background layered with beats and of course East’s rhymes. Overall, the album is average.

Moneybagg Yo is yet another unfamiliar name to me and his music was okay. Nothing was really good enough to make my ears perk up so I got bored quickly and skipped around from song to song. The same went for Youngboy Never Broke Again’s album AI YoungBoy.

Out of the 12 albums I just went over, here’s my top four in order: Luv Is Rage 2, Cozy Tapes, Vol. 2: Too Cozy, 17 and Freudian. Give these albums a listen and tweet us your thoughts @EastsideOnline.