Eastside staff member Eli Weitzman (’20) spent his last Tuesday (May 2nd) in New York City at Microsoft’s “Learn What’s New” Event. Microsoft released a multitude of new tools to help  students learn and be more productive, including the new Surface device: The Surface Laptop. Follow Weitzman as he details his experience at the event.

Microsoft’s Mission to get students to study STEM 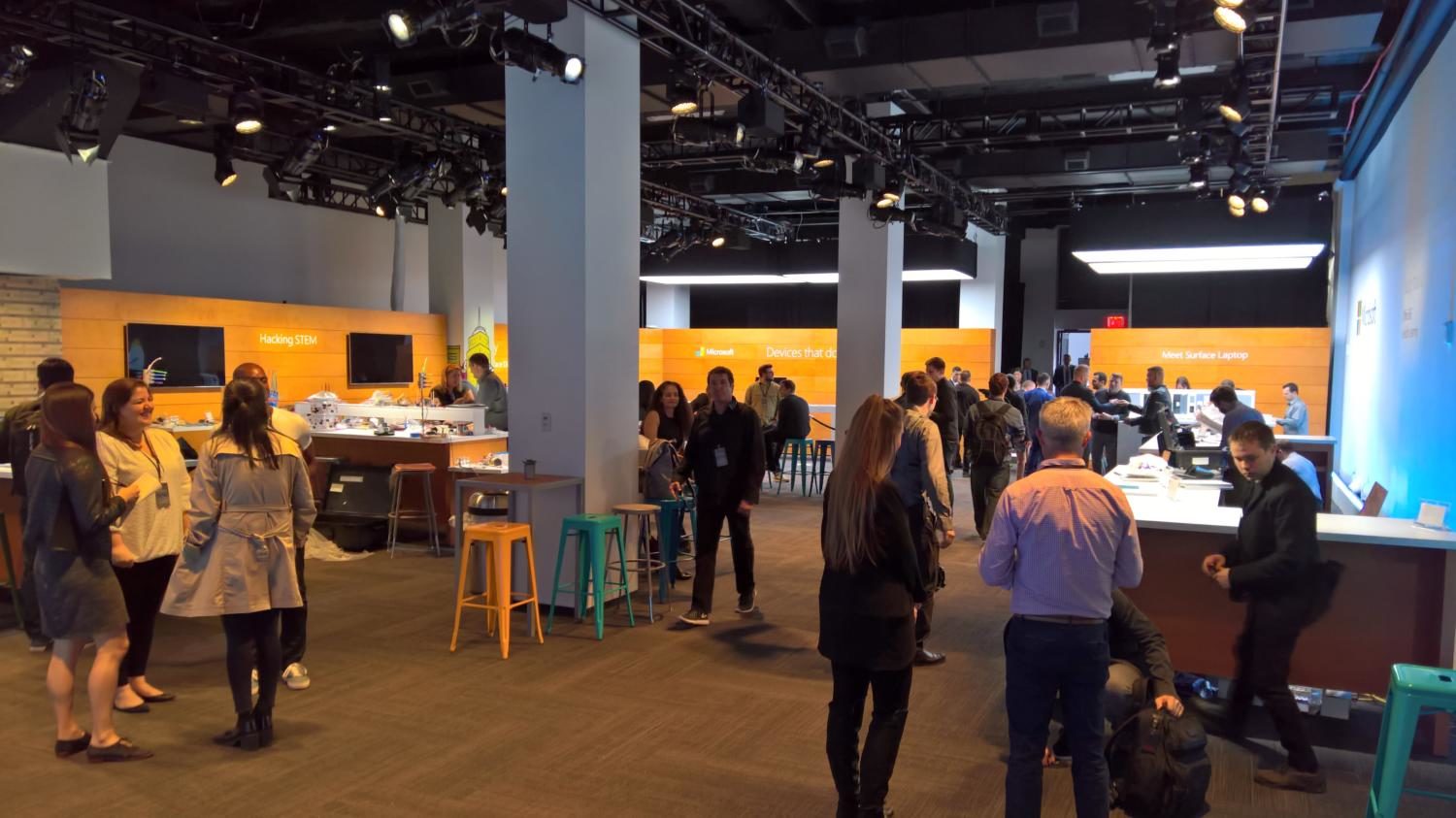 Microsoft encouruages all students to explore areas in STEM.

During its “Learn What’s Next” event, Microsoft took the time to display a new, vast and affordable STEM lesson plan library. Available to all educators, Microsoft’s lessons are free to use and teach with. They target the various aspects of STEM, from constructing robotic hands to making a simple seismograph.

Demoing the robotic hand activity, the main idea of Microsoft’s lessons are to empower anyone to learn STEM, no matter their economic state or knowledge. For the hand, the lowest cost for construction is just three dollars per student. Utilizing simple, cheap materials like copper tape, straws and string, the activity proved to be effective in teaching many different ideals, depending on the viewpoint. The lesson could be adapted to teach medical students, who may be studying how ligaments and bones in the hand work. Or, the lesson could be targeted towards roboticists, explaining and understanding how sensor data can be used to improve movement and understand motion. Overall, the lessons were designed to teach varying subjects and be easy to build and afford for learning.

Microsoft’s stem lessons are free for all to use, and can be found on the educator’s section of the Microsoft Education site, here. 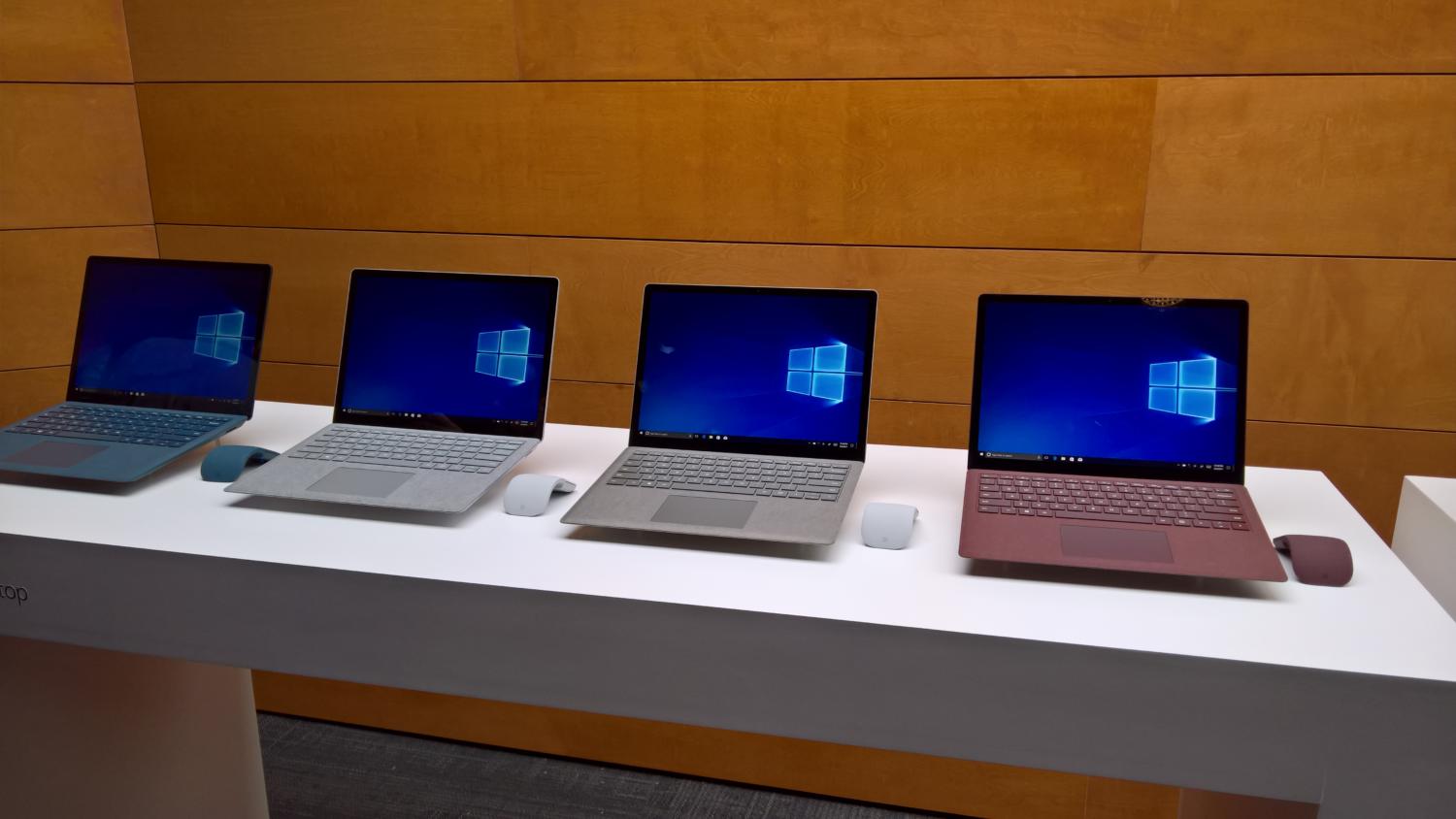 Introducing Windows 10 S, the newest member of the Windows family… And while some may think that the “S” may stand for special, secure or even sport, the “S” truly stands for its intended customer in mind: the student.

One key aspect of Windows 10 S that distinguishes it from the other versions of Windows is its lack of installable software. Instead of downloading possibly insecure software files and executables for the computer, Microsoft simplifies it for students, allowing only verified Windows applications to be installed from the store. And, to up security even more, Windows 10 S runs all its applications in separate “containers,” meaning that the apps won’t affect any of the device’s further performance.

Speaking of applications, Microsoft also announced the release of the full Office 365 suite on the Windows store. That makes it even easier to download to the machine and easier to use on-the-go.

One thought that may be coming to the reader’s mind right now may be “is this Windows RT?” For those wondering, Windows RT was a stripped-down operating system designed to be on the low-end Surface products, which disabled the ability to install applications, making them more affordable for the consumer. And while 10 S may be similar to RT, they are truly two opposites. 10 S is designed for students specifically, meaning it was tailored to intentionally be secure and easy to use. Windows RT was designed for everyone, based on a low-end machine, on a stripped-down software base, and was not intended for specified use.

Windows 10 S will be available for schools this summer, ready for upgrades and setup. Included with it is  free Minecraft: Education Edition applications. Again, some may think, “What does Minecraft have to do with learning?” Well, Minecraft’s educational platform is tailored to give visual learners a chance to understand things, by the construction of structures and reenactment of events. During the event, the Parthenon, an Ancient Greek temple, was used as an example of what could be simulated. And, a new code feature was announced as well for Minecraft.

Called Code Builder, a user of Minecraft Education Edition can, in addition to playing the game, now code as well. Using code editors like Scratch, Tynker and MakeCode, the user can now program a small friend called an agent, who completes various tasks and constructions.

All in all, Windows 10 S is packed to the brim with tons of features for students, and will hopefully be available soon for Cherry Hill.

The HoloLens: A Failure or the Future?

One thing that I had to do at least once while I was at the Microsoft event was try on what Microsoft considers the “future of computing.” This involved demoing Microsoft’s revolutionary device, the HoloLens.

Many have criticized the device, calling it unrealistic, or impossible overall. Those others that have tried it, however, have sometimes criticized its effectiveness. However, if my experience proves anything, Microsoft has made some enormous developments in comparison to anything out there.

What really sets the device apart is its focus on portability. Unlike most of its competitors, the HoloLens boasts a standalone operating system and battery, enabling it to be completely wireless, and not requiring a computer to connect. Simply put, the HoloLens can be its own device.

Additionally, the device’s usability is outstanding. With a weight of only 579 grams (just over a pound), it is no weight on the head. Additionally, the device has a locking mechanism similar to that of a biker’s helmet, where the user places the unit on his or her head, and turns a dial on the back to make it firm-fitting. From there, the user has the full range of motion to use the device.

Overall, my experience with the HoloLens was limited but very impressive. I believe that the device is amazing and can easily be implemented today. The only issue for the HoloLens currently is its cost. Costing a minimum of $3,000, it isn’t quite yet ready for everyone. But hopefully in the future, the HoloLens will be commonplace, and everyone will have one. 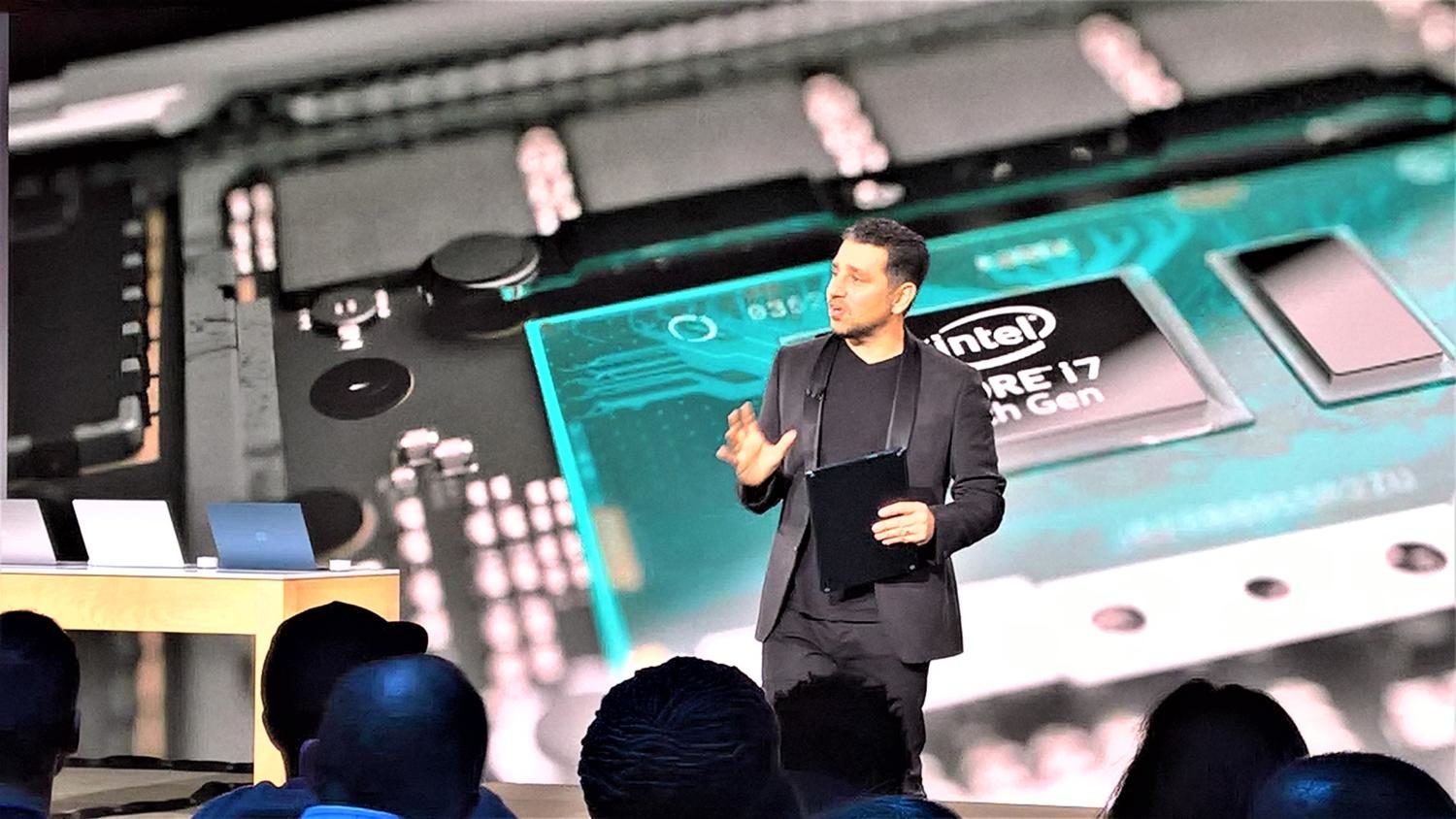 If you want to achieve more in life, it’s about achieving more in school, learning how to read, how to write, arithmetic, all the way through coding and STEM skills… And starting from that mission, we really took it to heart…”