Eastside set out to find students of all different types of sexualities and genders to share their stories of growing up, coming out to family and friends, positive and negative encounters throughout their lives, misconceptions and future plans. Ultimately, students at East should be able to grasp the understanding of the daily struggles their peers go through and take action to help them live their lives without facing discrimination. 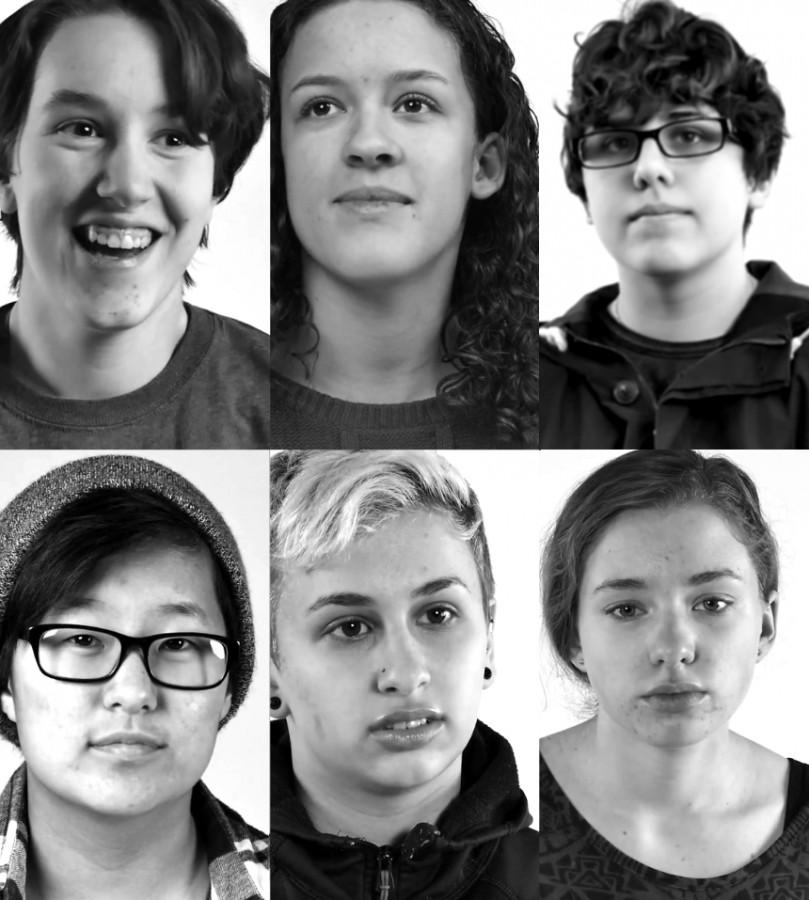 No one is new to the idea of LGBTQ+-centered journalism. We’ve all seen the words thrown about the media outlets: gay, lesbian, transgender. But although these terms might be used more frequently in the modern lexicon, it’s not uncommon for people not to know what they mean. Along with our coverage of the transgender community at East, Eastside worked to provide a list educating people on the various terms used to describe different gender identities and sexualities. Although none of these definitions are set in stone, every single identity/sexuality listed here is legitimate — a real label that real people use to describe themselves.

Both gay and lesbian are used to describe homosexuality. The word “lesbian” strictly refers to homosexual women. Although homosexual men are more often described as gay than women, the label can apply to both.

The definition of the word “transgender” and what it means to be trans has been hotly debated both within and out of the transgender community. In its most simple terms, to be transgender is to identify as a gender different from the one you were assigned at birth. It’s when you get into specifics, though, that things begin getting complicated. Does one need to feel gender dysphoria, or distress and discomfort with one’s physical sex, in order to be trans? Does one need to actively want treatments like hormone therapy or sex reassignment surgery? It’s hard to be sure, especially since being transgender, at a personal level, means something different to each transgender person. The experience of one transgender person cannot define them all.

The “A”, sometimes included in iterations of the LGBTQ+ acronym, does not stand for “Ally,” but rather for asexuality, a legitimate sexuality which is too-often dismissed by the general public. Asexual people have a low or nonexistent interest in sexual activity.

One of the biggest misunderstandings about pansexuality is the idea that it’s identical to bisexuality. In reality, while the two can be similar, they are not the same. Bisexuality is generally defined as sexual attraction to both males and females; in comparison, pansexuality describes attraction to people of all genders, including people that identify as male, female, genderqueer or genderless (agender). Although pansexuality is generally used to describe attraction to a wider variety of genders, both communities do not base themselves solely on gender identity. In fact, some bisexual people choose to define bisexuality as sexual attraction to more than one gender, creating a more “open” definition. Neither community focuses on strict gender options, so people label themselves as bisexual or pansexual to suit their comfortability and sexual fluidity. When asked about their sexuality, some pansexual people will say that they’re bisexual because pansexuality technically includes bisexuality and bisexuality itself is more recognized by the general public.

The LGBTQ+ community branches out into a plethora of different sexualities and genders that are often overlooked by the media and public. In order to avoid the erasure of all of the sexualities and genders that are uncommonly seen in society today, people must gain a better understanding of all of the genders and sexualities and comprehend the key differences between each and every one of them. It is essential that these unrecognized identities are proven as an integral part in today’s society, as opposed to being made-up or simply “phases.”