How the Philadelphia Flower Show is promoting sustainability 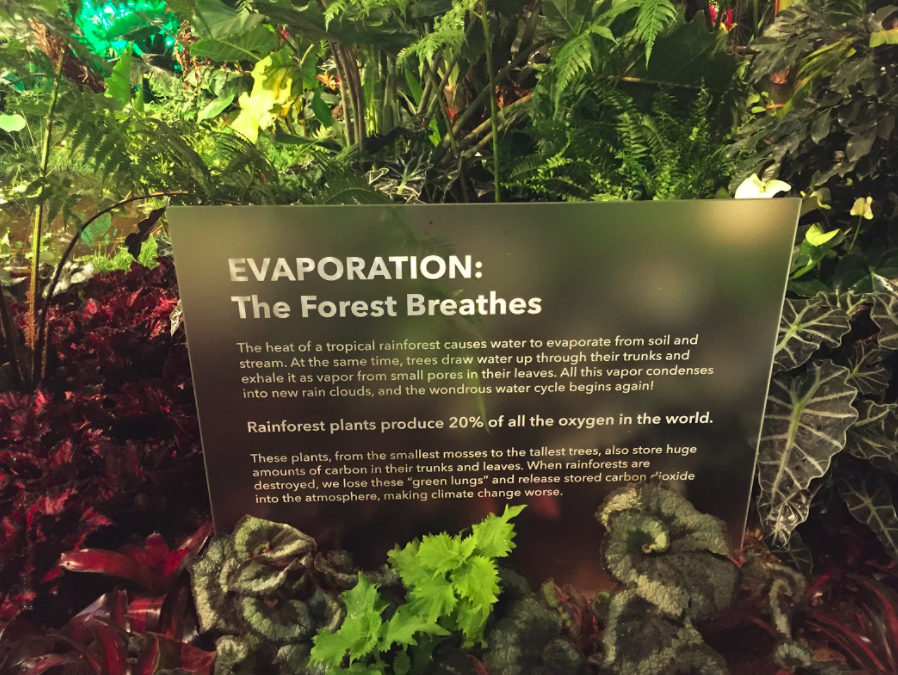 In the middle of a record-breaking cold winter, thousands of flowers were in bloom at the Philadelphia Flower Show.

The show, which ran from March 3 to March 11, was a week-long exploration of the theme “Wonders of Water” through floral arrangement and landscape design.

The Philadelphia Horticultural Society (PHS) has run the show annually since 1829 and, according to Kevin Feeley, the Communications Manager with the PHS, “now it’s really turned into this multi-sensory experience…  it’s almost like the Disney World of flower shows.”

In addition to having a rich history, the Philadelphia Flower Show is the largest indoor flower show in the country and one of the largest in the world.

“We [had] 52 exhibitors this year that [took] the theme, which is Wonders of Water, and interpret[ed] it in some absolutely incredible ways,” Feeley said.

The entrance garden, a massive rainforest, featured many flowers that were shipped from Florida due to the challenges of replicating a jungle climate in Philadelphia. Other art installations included a 3D display meant to mimic watercolors and a boat overrun with plants to represent the “unexpected beauty which can grow out of environmental crises.”

Accordant with the theme, the PHS used the show to address the importance of water both locally and around the world.

“Wonders of Water [is] a really great opportunity to focus on protection and conservation of freshwater [not only] in our region, but really everywhere,” said Feeley. “Visitors can leave the show with some ideas of how to conserve water in their own backyards, in their neighborhoods and in their communities.”

One exhibit run by the PHS was “Windows on the Watershed,” which focused on the impact of the Delaware River Watershed and the Water Summit, in which experts discussed conservation of water.

Many other exhibits also incorporated the show’s message of water conservation and protection. The American Institute of Floral Designers created the exhibit “The World’s Drinking Water,” which was meant to bring awareness to places around the world that lack clean water. The exhibit showcased large floral designs that brought attention to the scarcity of safe water in places such as Africa, Mexico, Pakistan, Papua New Guinea, India and Flint, MI.

Additionally, the W.B. Saul High School of Agricultural Sciences created a “sustainability” exhibit, which “depict[ed] an urban residence with a landscape that [was] beautiful as well as sustainable.” The exhibit contained solar panels and recycled materials, and it reused rainwater to irrigate plants.

In addition to bringing attention to the importance of water, the PHS uses the flower show to raise money for year-long community programs.

“Some of [the PHS] programs provide seeds and plants for community gardens, and those community gardens then provide food for shelters and neighborhood kitchens,” Feeley said. “We have programs that plant trees throughout the city and the region [as well as] programs that really engage students and other individuals with opportunities to learn how to garden…in their own backyards.”

The Philadelphia Horticultural Society will be holding next year’s flower show with the theme “Flower Power,” from March 2 to March 10.