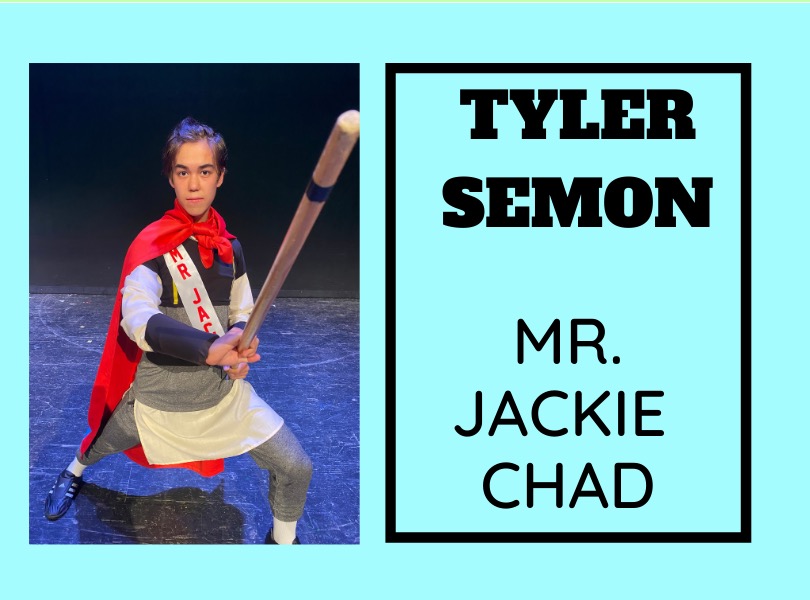 Whether it be marching across the football field as the drum major, participating in SGA events, or spending time leading the Rosa bridge program, Tyler Semon (‘21), also known as “Mr. Jackie Chad”, is ready to kick it at Mr. East.
Considering the unprecedented year, Semon knew that he wanted to be a part of the long and prestigious tradition of Mr. East. Having some of the senior year festivities cut short and the minimal opportunities to embrace school spirit, he felt that being a part of Mr. East would help bring some fun to the end of his senior year.
Semon is preparing to channel his inner Li Shang from Mulan in a sensational martial arts performance. Semon has done martial arts for 8 years and he saw that this would be a great fit for his talent as it fits his Disney theme and brings out one of his talents.
“It sets me apart from many of the other musical talents of the past, and it is a nice change of pace that we don’t get to see too often” said Semon.
Semon feels that he can incorporate his own personality into his act along with his bo staff training to make a show-stopping performance.
Semon is looking forward to the formal dress segment of the competition the most, as he feels that getting suited up is very fun and will be a neat part of the show.
Among the contestants, Semon feels that his biggest competitor is Anish Suresh (‘21), also known as Mr. Pi Guy. He has been performing in many different school plays over the past years at East and will definitely bring some fun to the table. This however does not worry Semon as he has a fighting chance with his performance.
Mr. Jackie Chad is ready to get down to business to defeat all of the other contestants. He has involved himself in a diverse amount of areas with public speaking through SGA and performing with the marching band, all of this work and confidence will set him apart.
Will Mr. Jackie Chad’s martial arts skills be enough for him to steal the show and the crown of Mr. East? Watch Mr. East April 19, 2021 to find out!