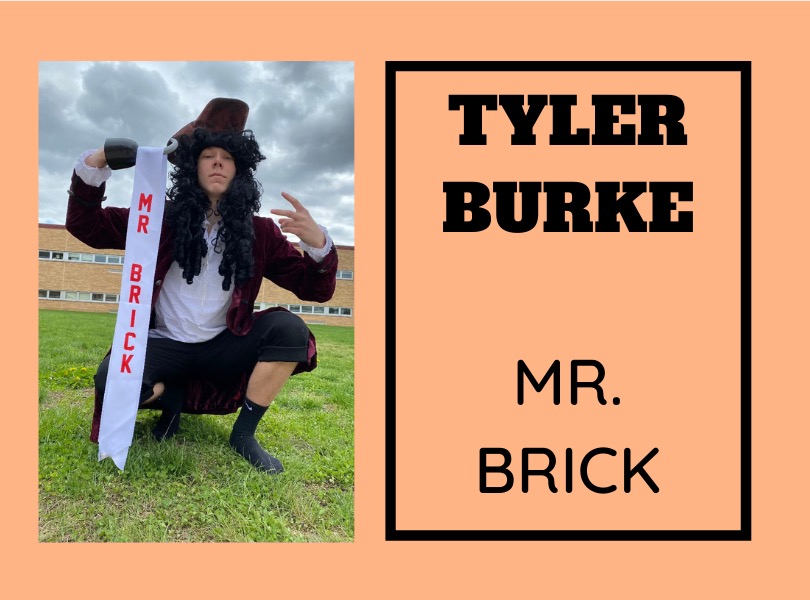 Tyler Burke (’21) cannot wait to amaze the audience with his show stopping performance.

From running down the football field to partaking in SGA and other East clubs, Tyler Burke (’21), also known as “Mr. Brick”, contributes a lot to the East community and is ready to tackle the competition.
Mr. East has always been something Burke desired to take part in. For most of his high school career, people were always telling Burke he’d be the perfect Mr. East contestant.
With this year’s theme being Disney, Burke hopes to hook everyone in with his eye-catching performance as Captain Hook.
Captain Hook is known for his gloomy yet serious personality. However, Burke plans to put a spin on this by turning Captain Hook into a fun, exhilarating character. Rather than hating on people, like the traditional Caption Hook would do, Burke will have fun with the character and introduce him in a new way.
Burke is going to use his humor to create an extraordinary act that no East students have ever seen before. He will incorporate acapella, dancing, tumbling, and interviews in his one short video. No one is prepared for his show stopping act as Captain Hook.
“My act will stand out from the rest,” said Burke.
Unlike the other contestants, Burke doesn’t possess a specific talent such as singing or dancing. What makes Burke special is his ability to light up a room and make everyone around him laugh.
“Everyone is doing something they’re good at, but my act is going to be a curveball and a lot different than the others,” said Burke.
With the help of Burke’s friends, Burke hopes to pull off an entertaining act that will leave everyone laughing.
Burke is looking forward to shooting the video with his friends. Considering this will be one of his last school events as an East student, Burke hopes to make some of his last high school memories.
Among all the contestants, Burke thinks his biggest competitor is Jordan Grossman (’21).
“I know Jordan is also going to have fun and try to make his act the best he can,” said Burke.
Despite the sensational competitors, Burke is confident he can steal the show and walk away a winner.
After graduation, Burke plans on majoring in finance at Florida State University. Burke has big hopes for the future; however, as of now, his goal is to conquer Mr. East.
Will Mr. Brick’s comedic skills and creative ideas be enough to win the 2021 Mr. East competition? Who knows? But stay tuned for April 23, 2021 to find out!