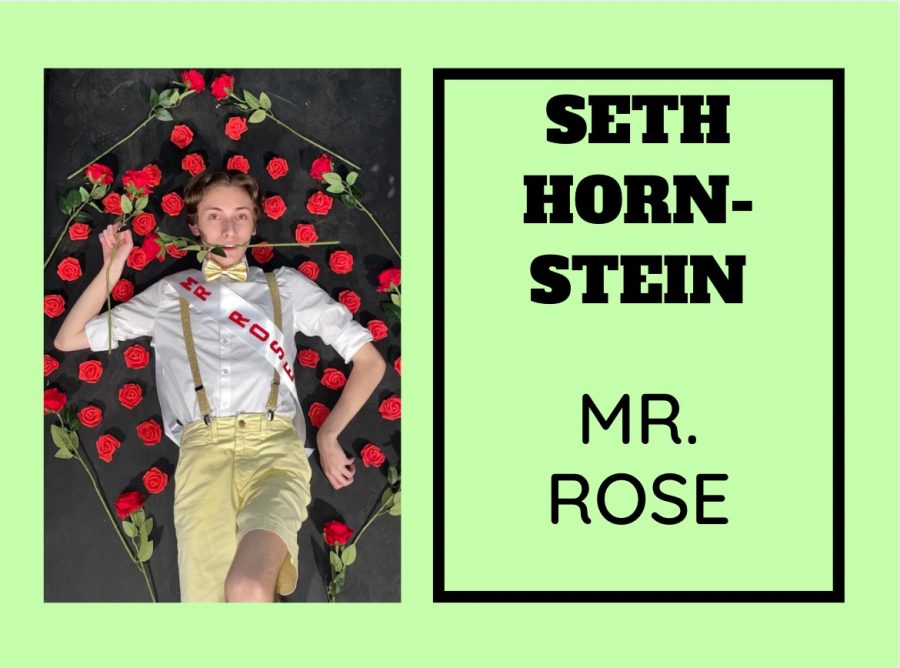 Seth Hornstein, (‘21) is an involved student. Participating in Thespian Society, theatre, French Honors Society, Cum Laude, and Performing and Visual Arts Society, he is definitely prepared to compete in Mr. East and blow both the judges and audience away.
Since freshman year, Hornstein, also known as “Mr. Rose”, always knew that he wanted to do Mr. East. He loves to perform so it was a no-brainer that he would participate in this event. Hornstein loves pageants and is thrilled to have the opportunity to compete in one.
Hornstein said, “I am so excited to do what I love with a different group of people than those who I typically perform with in theatre.”
Hornstein’s talent is dancing and he has been dancing since he was four years old and he choreographed the dance he will perform during the show. Since the theme is Disney, he is going to be Lumier from Beauty and the Beast. His performance is going to start with the song “Be Our Guest” from the movie.
Hornstein’s act is better than all of the others because it is more serious. Hornstein said, “I take my passions seriously and I get in the zone and concentrate when we have rehearsal.”
He is looking forward to seeing all of the other performances and enjoying the night.
Hornstein believes that Pete Cuddihy is his biggest competition since, “I know that he is talented and can put on a good show.”
Mr. Rose is prepared to defeat the other contestants since he has been performing since freshman year. He is proud of what he is putting forward and excited to have more creative freedom for his act.
Will Mr. Rose’s thrilling routine be enough to be crowned victorious of the Mr. East competition? Stay tuned on April 23 at 7:00 pm to find out!