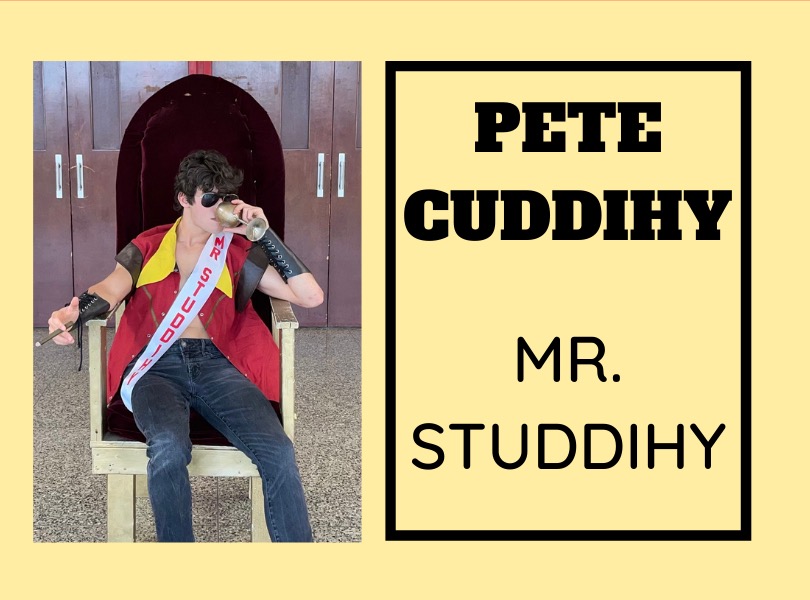 Pete Cuddihy (‘21) will be taking the main stage at the 34th annual pageant of Mr. East, bringing his love for stage performance and acting with him.

Cuddihy has made a name for himself at East through his works as one of Cherry Hill East’s School-Wide Vice Presidents and the Vice President of the Thespian Society. He is also well known for his involvement in the choral department, the drama department, and East track. Will Cuddihy add Mr. East 2021 to his impressive resume?

Even though the Mr. East competition is going to take place in a virtual setting, having been a staple every year of the graduating class, the contestants and chairpeople are making sure the show still goes on.

With this year’s theme being all things Disney, Cuddihy, also known as Mr. Studdihy, will put on a show for the judges and watchers as he will take on the role of Beauty and the Beast’s Gaston. This symbolizes his affinity for entertaining, singing, being a natural-born leader, his inner-stud, and spending time with his friends – who will make an appearance in his act.

“I was [inspired to try out] for Mr. East because I thought it would be a fun experience and it was something that I have seen take place every year – as a freshman, I looked up to the people who were doing it and I thought it would be something really cool to do. There is a great group of guys doing it and it is an opportunity that I would never forget about my high school experience – even when I am older” said Cuddihy.

To prepare for his act, Cuddihy wrote a script that would take the viewers along on his adventure as he rehearses singing, dancing, and reading his lines with his friends. He gathered together a group of friends to be in his act that he thought he could trust, have fun with, and do his performance justice.

“My act represents me because it reflects a lot of the things that I do at East and a lot of activities that I participate in. As much as I could do an act all about me for my performance, I wanted to include my friends because I think that I would not be in the places I am without them surrounding and supporting me” he said.

Out of the other contestants, Cuddihy thinks he will have the most competition from Jordan Grossman (‘21). However, he definitely feels that his performance will be able to win it all and take home the title of Mr. East 2021.

Cuddihy’s ability to make people laugh and put on a good show will definitely be his edge as the competition moves closer.