Season 3 puts the daring back into Daredevil 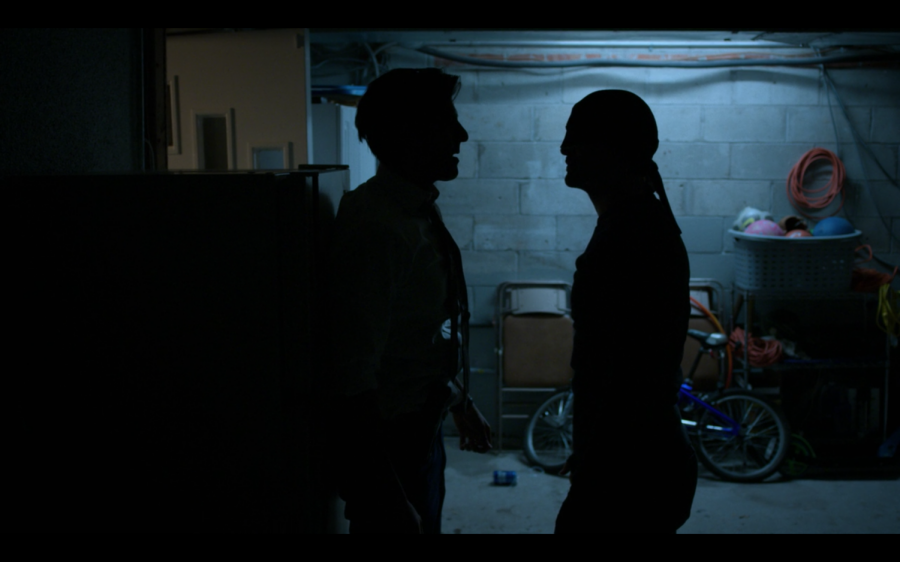 Daredevil and Agent Nadeem face off.

With its inventive cinematography and stellar acting, Daredevil was the first show in the Marvel/Netflix pantheon. Starring Charlie Cox as Matt Murdock along with a host of talented side characters old and new, The Devil of Hell’s Kitchen returned to Netflix on October 19, 2018.

Season 3 opens on Matt Murdock who is shattered in both mind and body following the events of The Defenders. Nursed back to health by the nuns who raised him, Murdock questions his Catholic faith and the ability of the law to punish wrongdoers. Haunted by both lost foes and loved ones (shown with an impressive use of cinematography to have Murdock face his literal ghosts), Murdock vows to bring Wilson Fisk down for the final time.

In addition to Fisk’s recurring character, who manages to get scarier and pull even more strings each season, Season 3 introduces Benjamin “Dex” Poindexter, the FBI Agent with dubious morals and an even more dubious backstory who is implied to become Bullseye, an assassin with excellent marksmanship, between this season and the next. Though Poindexter comes from the comics and is a classic Daredevil villain, Agent Nadeem is unique to the Marvel series and adds even more tension to the ethical debates of crime and redemption that permeate Daredevil. The FBI perspective, though following in the footsteps of Luke Cage with a heavy focus on the law enforcement involved, gives pivotal points of views that can not be explored by Nelson, Murdock, or Page.

Complete with Daredevil’s trademark gorgeous cinematography that immerses you completely into Hell’s Kitchen through unique shots and neon lighting, Season 3 has higher stakes than ever before and manages to be even more character driven. In addition to Cox’s dependably heartfelt portrayal of Murdock with an even more broken twist, the phenomenal supporting characters really shine this season. Karen Page’s backstory that has been hinted at for the past two seasons comes out through a completely Karen-centric episode that both provides critical details as well as keeps the narrative flow going smoothly towards the end of the season, which is something that all of the Marvel/Netflix shows have trouble with. Something about Karen becomes almost jagged with Woll’s masterful portrayal of the nerves and paranoia that any star reporter who had a hand in tearing down Fisk and killed his right hand man in Season 1 would have when facing the possibility of Fisk pulling the strings once again.

Additionally, Henson’s Foggy Nelson gets a chance to show his true colors this season. No longer just Murdock’s college friend and partner at law, Nelson becomes something like Matt’s conscience. As Murdock loses faith in both God and the law, Nelson firmly places himself in defense of due process and the ability of the system. Taking on a key role in advocating again Fisk, Nelson stands strong and becomes a key player in one of the most tense and high-stakes seasons yet.

Though Daredevil Season 3 has some glaring similarities to the second season of Jessica Jones, fans may find themselves placated by the fact that the “The Hand” storyline seems to finally be over, meaning that Daredevil can go back to what it does well, namely, storylines that are actually interesting and are not tied directly to Iron Fist.

With its character driven story and beautiful cinematography, Daredevil Season 3 is definitely one of the best seasons of the Marvel/Netflix shows, only topped by the first seasons of Daredevil and Jessica Jones. With the addition of new backstory and new villains, Season 3 is as thrilling and complex as we all wanted The Defenders to be. Though not without a couple flaws, Season 3 is the season of Daredevil that the show, and the audience, sorely deserves.